Tropical Jon's Evolution of Rock 'n Roll: The history of Patti Labelle's (?) I SOLD MY HEART TO THE JUNKMAN...

“I SOLD MY HEART TO THE JUNKMAN” is definitely the tune that skyrocketed Patti Labelle into stardom... 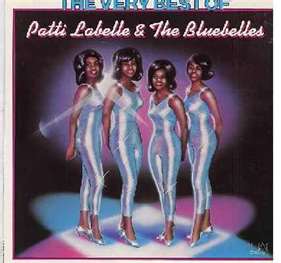 But where’d the tune originate?

The Basin Street Boys recorded it in 1940:

BUT, the rockin’ version of the song eventually reached number fifteen on the Billboard Hot 100 thanks to promotion by the Blue Belles, who made their first television appearance on American Bandstand in mid-1962…
The Blue Belles version (1962):

Ironically the Blue Belles recorded their version shortly before promoting it, and both the Starlets (who originally recorded it as a Rock ‘n Roll tune) and Blue Belles' versions were strikingly similar to each other…
Meanwhile, the newly christened Patti LaBelle and the Blue Belles went on to national fame that year with their hit, "Down the Aisle (The Wedding Song)"

Patti Labelle was inducted into the ApolloTheater Hall of Fame in 2009…
Dee Sharpe also released a credible version of the tune around 1963:

BUT, to this day,
"I Sold My Heart to the Junkman"
Is credited to Patti LaBelle and the Blue Belles…
And it helped to bring the

You’ve done well, Patti!!!
THE USE OF ANY COPYRIGHTED MATERIAL IS USED UNDER THE GUIDELINES OF "FAIR USE" IN TITLE 17 & 107 OF THE UNITED STATES CODE. SUCH MATERIAL REMAINS THE COPYRIGHT OF THE ORIGINAL HOLDER AND IS USED HERE FOR THE PURPOSES OF EDUCATION, COMPARISON, AND CRITICISM ONLY. NO INFRINGEMENT OF COPYRIGHT IS INTENDED
Posted by Tropical Jon at 11:07 PM