Willie Mae Thornton toured the south as a blues singer in the 1940s.

In 1948 Big Mama landed a five-year contract, singing with the Louis Jordan Band in Houston, Texas. She wrote and sang blues songs, played the harmonica and taught herself to play the drums (I got tired of everbody messin' up so I just started bangin') 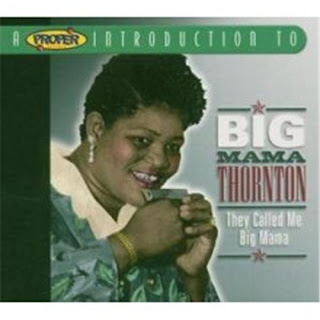 
In 1984 Willie Mae "Big Mama" Thornton was inducted into the Blues Foundation's Hall of Fame
Check out Big Mama's last appearance in 1984; that same year she died from heart and liver complications. 350 pounds of Big Mama Thornton had withered to a mere of 95 pounds. 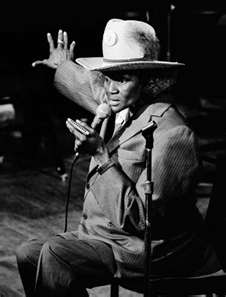 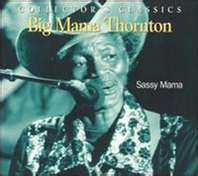 Big Mama was nominated for the Blues Music Awards six times. One of Thornton's last albums was Jail (1975) that captures her charm during a couple of mid-'70's gigs at two northwestern prisons, enjoy !!!
LISTEN TO BIG MAMA'S LAST PERFORMANCE OF BALL & CHAIN

Presented under fair use for educational purposes, materials all rights reserved by the original owners.
THE USE OF ANY COPYRIGHTED MATERIAL IS USED UNDER THE GUIDELINES OF "FAIR USE" IN TITLE 17 & 107 OF THE UNITED STATES CODE. SUCH MATERIAL REMAINS THE COPYRIGHT OF THE ORIGINAL HOLDER AND IS USED HERE FOR THE PURPOSES OF EDUCATION, COMPARISON, AND CRITICISM ONLY. NO INFRINGEMENT OF COPYRIGHT IS INTENDED
Posted by Tropical Jon at 9:55 AM