James Taylor was born at Massachusetts General Hospital in Boston on March 12, 1948… 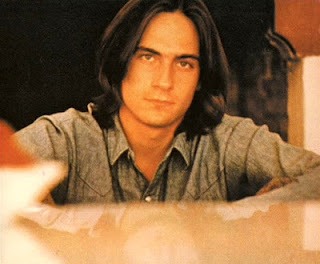 When James was 3, the family moved to what was then the countryside of Chapel Hill, North Carolina…


Taylor first learned to play the cello as a child in North Carolina, and switched to the guitar in 1960…

By the summer of 1963, he and (Danny)  Kortchmar were playing coffeehouses around Martha’s Vineyard, billed as "Jamie & Kootch"…

As the Vietnam War built up, Taylor received a psychological rejection from Selective Service System when he appeared before them with two white-suited McLean (Psychiatric Hospital)  assistants and was uncommunicative…

By summer 1966 he was performing regularly at the high-visibility Night Owl Cafe in Greenwich Village alongside acts such as The Turtles and Lothar and the Hand People…The rest is, well, sorta history…


AND A BUNCH MORE—GOOGLE THE CAT… 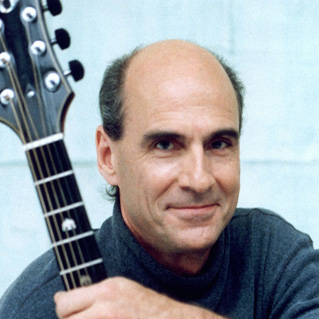 
THE USE OF ANY COPYRIGHTED MATERIAL IS USED UNDER THE GUIDELINES OF "FAIR USE" IN TITLE 17 & 107 OF THE UNITED STATES CODE. SUCH MATERIAL REMAINS THE COPYRIGHT OF THE ORIGINAL HOLDER AND IS USED HERE FOR THE PURPOSES OF EDUCATION, COMPARISON, AND CRITICISM ONLY. NO INFRINGEMENT OF COPYRIGHT IS INTENDED
Posted by Tropical Jon at 12:44 AM