Ruby & the Romantics, One Hit Wonder???

It sold over one million copies in the US, and peaked at #38 in the UK Singles Chart.

Often considered to be a “One Hit Wonder,” over 50 other acts, from Betty Everett to Amy Winehouse, have recorded and made the charts with “Our Day Will Come”—But it certainly wasn’t the only charted hit for Ruby & The Romantics…

Their original version of "Hey There Lonely Boy" climbed to #27

Composed by Van McCoy, the first recording of "When You're Young and in Love" was by Ruby & the Romantics; Released in September 1964, it reached the Top Five in Honolulu but otherwise failed to register strongly in any US market, reaching #48 on the Billboard Hot 100 in November 1964.

"When You're Young and in Love"

(The song was remade in 1967 by the Marvelettes with the reaching #23 on the Hot 100 that June; its R&B peak was #9… Not one of the Marvelettes' very biggest hits either)

Ruby & the Romantics would score one subsequent Hot 100 placing, with "Does He Really Care For Me" which charted at #87…


As of 2005, Ruby Nash, lead vocalist of Ruby & The Romantics has retired from [Barberton, Ohio] 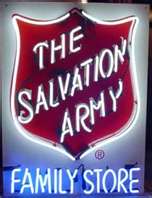 
Not really just a “One Hit Wonder”—But close to it…


THE USE OF ANY COPYRIGHTED MATERIAL IS USED UNDER THE GUIDELINES OF "FAIR USE" IN TITLE 17 & 107 OF THE UNITED STATES CODE. SUCH MATERIAL REMAINS THE COPYRIGHT OF THE ORIGINAL HOLDER AND IS USED HERE FOR THE PURPOSES OF EDUCATION, COMPARISON, AND CRITICISM ONLY. NO INFRINGEMENT OF COPYRIGHT IS INTENDED
Posted by Tropical Jon at 10:14 PM

Email ThisBlogThis!Share to TwitterShare to FacebookShare to Pinterest
Labels: Evolution of Rock 'n Roll, One hit wonder, Ruby and The Romantics, Tropical Jon