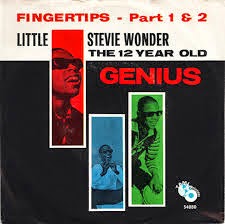 At The Motortown Revue in Detroit, 12 year old Little Stevie Wonder recorded a song that would be his first number 1 hit...

(NOTE: This was the Apollo Theater version of the Motortown Revue. The original recording was done at the Detroit show)

Stevie Wonder scored his sixth #1 record on the Billboard Pop chart (#2 in UK) with a song written as a tribute to Jazz legend, Duke Ellington:

And, twenty years or so later, with the help of a ‘magic’ mic, Stevie brings that first #1 hit back to life on David Letterman: 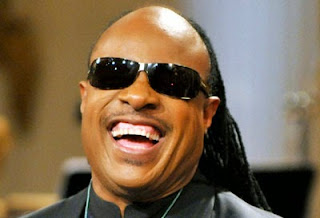 THE USE OF ANY COPYRIGHTED MATERIAL IS USED UNDER THE GUIDELINES OF "FAIR USE" IN TITLE 17 & 107 OF THE UNITED STATES CODE. SUCH MATERIAL REMAINS THE COPYRIGHT OF THE ORIGINAL HOLDER AND IS USED HERE FOR THE PURPOSES OF EDUCATION, COMPARISON, AND CRITICISM ONLY. NO INFRINGEMENT OF COPYRIGHT IS INTENDED…
Posted by Tropical Jon at 10:56 AM