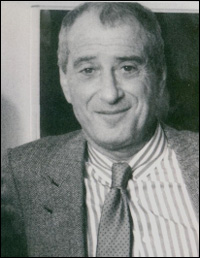 Both Leiber and Stoller far preferred Thornton's version of "Hound Dog" to Presley's.  In the Leiber & Stoller  dual penned autobiography, “Hound Dog” --published in 2009,  Leiber said, "Lick for lick, there's no comparison between the Presley version and the Big Mama original…”  Stoller simply  said that he was annoyed by the Presley version. 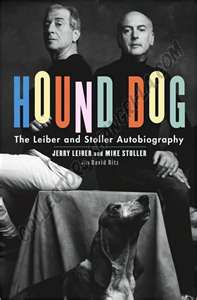 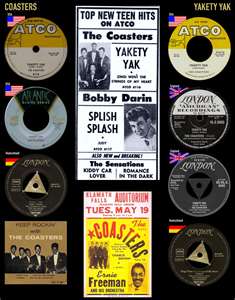 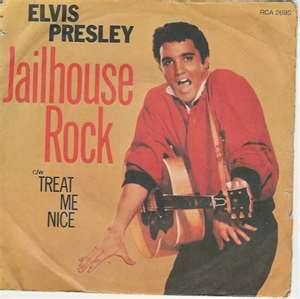 They penned "Jailhouse Rock," "Treat Me Nice" and "You're So Square (Baby I Don't Care)" specifically for Elvis Presley, who recorded more than 20 Leiber & Stoller songs.

Leiber, who like Stoller was white, said his musical inspiration came from the close identification he had with black American culture during his boyhood and teen years in Baltimore and Los Angeles.


According to Stoller, “He (Jerry Leiber)  was my friend, my buddy, my writing partner for 61 years…We met when we were 17 years old. He had a way with words. There was nobody better. I am going to miss him." 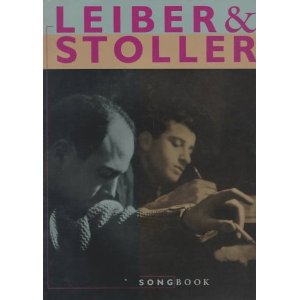 Stand By Me (Ben E. King)
Stuck in the Middle With You (Stealer’s Wheel) 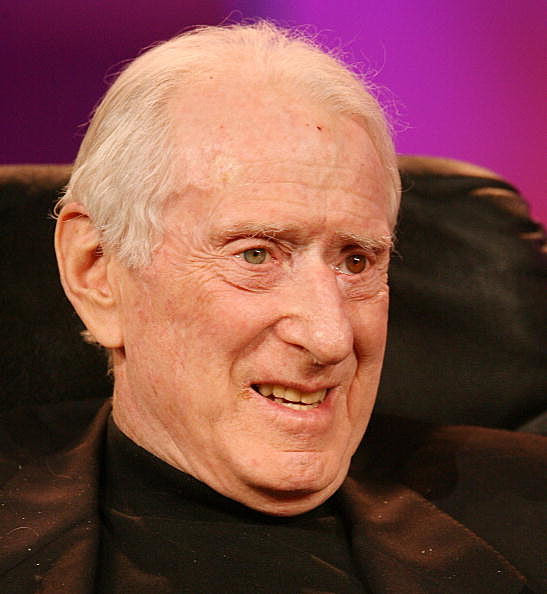 Posted by Tropical Jon at 11:13 PM No comments: 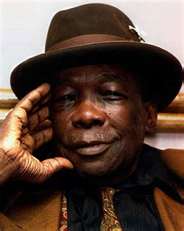 John Lee Hooker was born in Clarksdale, Mississippi, on August 22, 1917, to a large Baptist family of sharecroppers. He began singing spiritual music at a young age, but he credited his stepfather with fueling his love for the blues. 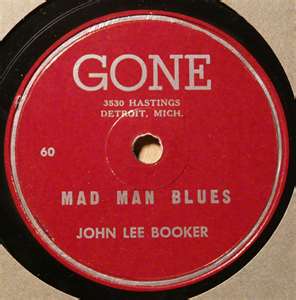 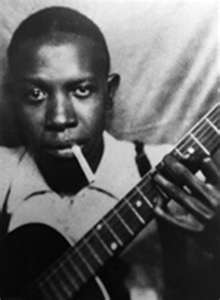 After moving to Memphis and then to Cincinnati, Hooker eventually wound up in Detroit. In the years following World War II, he built a reputation in the Motor City's blues scene, recording his first single, "Boogie Chillen," in 1948. The song featured the autobiographical lyrics "One night I was layin' down/ ... I heard Papa tell Mama/ Let that boy boogie-woogie/ It's in him/ And it got to come out."

Chillen" kicked open the door for a string of hits, including "Rock House Boogie," "Crawling King Snake" and "I'm in the Mood."

Frustrated with recording contracts, Hooker spent the early
'50s recording for multiple labels under different names, including Texas Slim, John Lee Booker, John Lee Cocker, Delta John, Birmingham Sam and Johnny Williams. He went back to making music under his own name in 1955 when he signed with Vee-Jay Records. His popularity continued to grow over the next decade, thanks to such tunes as

In 1970, the and blues-rock band Canned Heat released the 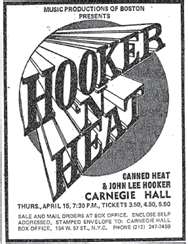 He had a cameo in "The Blues Brothers" movie, playing a street musician. 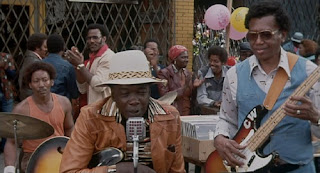 A VERSION OF “IN THE MOOD” WON HIM HIS FIRST

GRAMMY AWARD WHEN IT WAS DONE AS A DUET WITH

John Lee Hooker was inducted in the Rock

and Roll Hall of Fame in 1991
Hooker, known for his hypnotic, one-chord grooves and mournful, gravelly vocals, gave his final performance on June 16 in Santa Rosa, California and died peacefully in his sleep at his home in San Francisco five days later...
Buddy Guy upon hearing of John Lee’s death on June 21, 2001: "The first song I ever learned on the guitar was 'Boogie Chillen'" "I still play it today, as I will tonight and I always will."


THE USE OF ANY COPYRIGHTED MATERIAL IS USED UNDER THE GUIDELINES OF "FAIR USE" IN TITLE 17 & 107 OF THE UNITED STATES CODE. SUCH MATERIAL REMAINS THE COPYRIGHT OF THE ORIGINAL HOLDER AND IS USED HERE FOR THE PURPOSES OF EDUCATION, COMPARISON, AND CRITICISM ONLY. NO INFRINGEMENT OF COPYRIGHT IS INTENDED…

Posted by Tropical Jon at 11:14 PM No comments:

LeRoy Randolph "Tincy" Eggleston was a very complex individual--He was a law abiding family man, except for the fact that he killed people—and  was one of the  gangsters indicted by a Fort Worth Grand Jury convened pursuant to  a car-bombing on November 22, 1950. Of course this “law abiding hitman” Was also involved with the Annex Club out on “Thunder Road” too.
In the 1950s,  W. D. Satterwhite opened the Annex Club, a small gambling room run by gangsters Tincy Eggleston, Nelson Harris, and Howard Stripling. Of course this club was located on Jacksboro Highway, better known in those days as "Thunder Road." In addition to gambling, the Annex Club offered X-rated movies, strip shows, and other illegal activities. 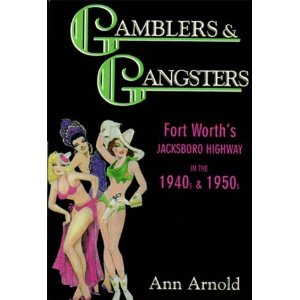 Tincy was charged with being the hit man in the murder of oil man William Clark; an older man who was married to a younger woman. The wife was about to be divorced and cut out of the will, so hired Tincy to kill her husband. However, Tincy himself was killed before the trial came up.


Another hit that the Grand Jury believed Tincy was involved with had to do with a pimp named Edell Evans..
Edell Evans had been giving a Jacksboro Highway club owner a hard time, so the guy being harrassed  just happened to mention it to Eggleston. Not long after that a contract was out on Tincy Eggleston. Tincy caught wind of the contract and knew the hit man hired to complete the deed. Before the killer could complete the hit, Tincy asked who’d put the hit out on him and was informed that it was Edell Evans. 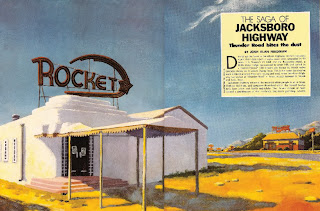 The Rocket Club was one of Tincy’s hangouts in the 1950s
“How much is he gonna pay you?” Tincy asked. It had been a $10,000 down and another $10,000 on completion arrangement. $20K total. Tincy gave the hit man $15K to go with the $10K he’d gotten from Evans; now making the hit worth $25K total, but the target would be Edell Evans! So he set it up that Edell was lured out to Lake Worth, and Tincy (who held the original contract on Evans in the first place) and his running mate, Cecil Green, ambushed  Edell.. They put 2 bullets in his head. That took care of Edell Evans!

Unfortunately for Tincy, his alleged use of narcotics led to his demise. Irregular hitman pay wasn’t enough to cover his drug-driven lifestyle so he’d gotten into the extortion business,  “borrowing” cash from all over town. It's also alleged that he had gotten involved with gun-runners doing business with Cuba.
Tincy later had his head blown off by Gene Paul Norris, over robbery money from an alleged Cuban weapons deal.

On a hot August day in 1955 (are there ever any other kinds of August days in Fort Worth!?!) Tincy’s car was found “abandoned” up by The Stockyards. Six days later his body was identified via fingerprints after being located 15 miles north, in a well,  in Azel, TX

Where The Wild West Begins…
Posted by Tropical Jon at 12:57 PM 1 comment: 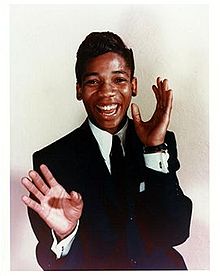 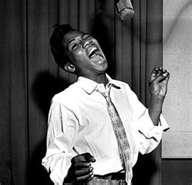 TALK TO ME, TALK TO ME By Little Willie John 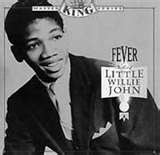 Born in Arkansas, one of ten children, William Edward John was four years old when he moved to Detroit so his father could pursue factory work. That was in 1941. He signed a recording contract with King Records in 1955. He was nicknamed "Little Willie" John for his short stature. 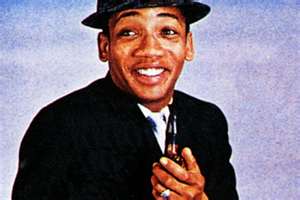 Little Willie John made the Billboard Hot 100 a total of fourteen times. A cover version of "Need Your Love So Bad" by Fleetwood Mac was also a hit in Europe. Another of his songs to be covered was “Leave My Kitten Alone (1959).
LEAVE MY KITTEN ALONE  The Beatles recorded a version in 1964, intended for their Beatles For Sale album, but it went unreleased until 1995.


Known for his short temper and propensity to abuse alcohol, Little Willie John was dropped by King Records in 1963.


Little Willie John was posthumously inducted into the Rock and Roll Hall of Fame in 1996.


The following is an example of a “GOOD DAY” in Little Willie John’s talented, yet ill-fated life: 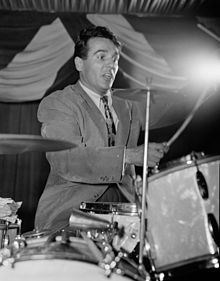 Gene Krupa (January 15, 1909 – October 16, 1973)
According to Wikipedia: (Gene Krupa)  was an influential  drummer and and composer, known for his highly energetic and flamboyant style. NO KIDDING!!!--This cat was not only "energetic and flambouant"
--He was the innovator of the BIG BEAT SOUND (IMHO)!!! 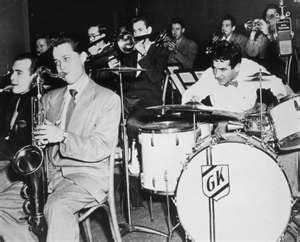 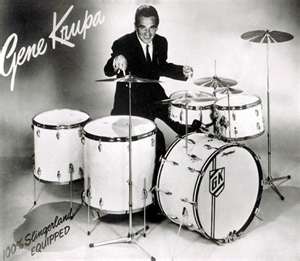 Gene started out in 1927 with Eddie Condon and Rod McKenzie. Krupa made his first recordings in 1927. His use of a "full drum kit" on the Condon recordings was really innovarive at the time . Eddie Condon describes what happened in the Okeh Records studio on that day (in 'We Called It Music' - pub: Peter Davis, 1948):

Mezzrow (Milton "Mezz" Mezzrow) was helping Krupa set up his drums. 'What are you going to do with those?' Rockwell (Okeh's 'A&R' man in the 1920s) asked. 'Play them,' Krupa said simply. Rockwell shook his head. 'You can't do that,' he said. 'You'll ruin our equipment. All we've ever used on records are snare drums and cymbals. (From Wikipedia)
HEY--The rest is HISTORY!!!
SING SING SING--CHECK IT OUT!!! 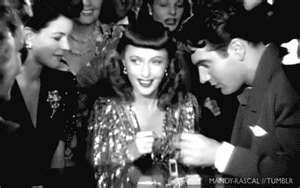 (Photo used with permission, Thanks, Bee)
Posted by Tropical Jon at 10:38 PM No comments: 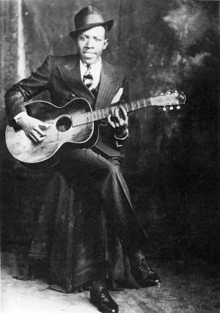 ME AND THE DEVIL BLUES

Although his records sold poorly during his lifetime, Johnson is now recognized as a master of the blues, particularly of the Mississippi Delta Blues style. He is credited by many rock musicians as an important influence; Eric Clapton has called Johnson "the most important blues singer that ever lived."

Johnson was mainly an itinerate musician, travelling place to place --Music was his "hustle."
When Johnson arrived in a new town, he would play for tips on street corners or in front of the local barbershop or a restaurant. Musical associates stated in live performances Johnson often did not focus on his dark and complex original compositions, but instead pleased audiences by performing more well-known pop standards of the day. 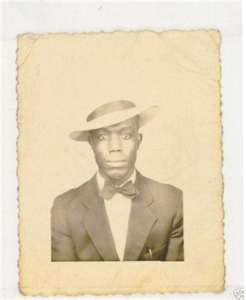 ROBERT JOHNSON IN THE 1930s


According to his friend, Johnny Shines: "Robert was a very friendly person, even though he was sulky at times, you know. And I hung around Robert for quite a while. One evening he disappeared. He was kind of a peculiar fellow. Robert'd be standing up playing some place, playing like nobody's business. At about that time it was a hustle with him as well as a pleasure. And money'd be coming from all directions. But Robert'd just pick up and walk off and leave you standing there playing. And you wouldn't see Robert no more maybe in two or three weeks ... So Robert and I, we began journeying off. I was just, matter of fact, tagging along."

STOP BREAKING DOWN BY ROBERT JOHNSON