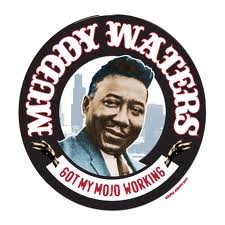 Muddy Waters was born McKinley Morganfield on April 4, 1915, in Rolling Fork, Mississippi.
Waters grew up immersed in the Delta blues,
and was first recorded by archivist Alan Lomax. 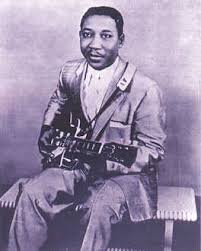 In 1943, he moved to Chicago and began playing in clubs. 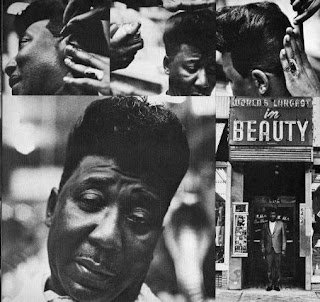 A record deal followed, and hits like "I'm Your Hoochie Coochie Man"   and "Rollin'Stone"  made him an iconic Chicago blues man...

McKinley Morganfield "Muddy Waters" died of a heart attack on April 30, 1983 at the age of sixty-eight. Morganfield is buried at the Restvale Cemetery in Alsip, Illinois.

The epitaph on the burial marker reads: "McKinley Morganfield, 1915 - 1983,
The Mojo is Gone The Master Has Won"

THE USE OF ANY COPYRIGHTED MATERIAL IS USED UNDER THE GUIDELINES OF "FAIR USE" IN TITLE 17 & 107 OF THE UNITED STATES CODE. SUCH MATERIAL REMAINS THE COPYRIGHT OF THE ORIGINAL HOLDER AND IS USED HERE FOR THE PURPOSES OF EDUCATION, COMPARISON, AND CRITICISM ONLY. NO INFRINGEMENT OF COPYRIGHT IS INTENDED…
Posted by Tropical Jon at 6:26 AM