February 11, 2009: 67-year-old Estelle Bennett of The Ronettes was found dead in her Englewood, New Jersey apartment... 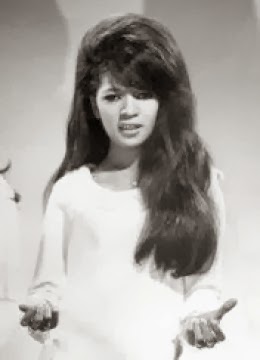 67-year-old Estelle Bennett of The Ronettes was found dead in her Englewood, New Jersey apartment.

Estelle Bennett
(July 22, 1941 – February 11, 2009)
was a member of the girl group The Ronettes, along with her sister Ronnie Spector (the 'Ronnie' of the band's name) and cousin Nedra Talley… 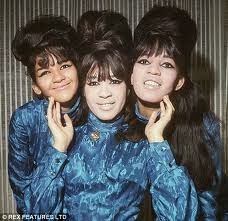 Estelle was the quiet Ronette, the one people called the prettiest, the one who was content to remain in the shadow of her younger sister, Ronnie, because even in the shadow there’s still some spotlight…

Her daughter, Toyin, and cousin Nedra helped Estelle to look her best for the Ronettes’ induction into the Rock and Roll Hall of Fame... 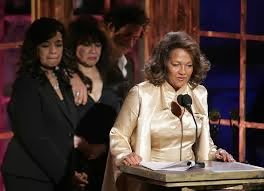 “We were worried that the ceremony would overwhelm her, so one of Ms. Spector’s current backup singers performed” ( in Ms. Bennett’s stead)...

But before the concert Ms. Bennett did give a brief acceptance speech...

"I would just like to say thank you very much for giving us this award,” she said. “I’m Estelle of the Ronettes. Thank you.”

Estelle died of colon cancer aged 67 in Englewood, New Jersey. Her body was discovered on February 11, 2009. A week after her death it was revealed that she had suffered from anorexia nervosa and schizophrenia in the years after the Ronettes break up and that later on she had been homeless in New York.

R.I.P. Estelle, You really were

THE USE OF ANY COPYRIGHTED MATERIAL IS USED UNDER THE GUIDELINES OF "FAIR USE" IN TITLE 17 & 107 OF THE UNITED STATES CODE. SUCH MATERIAL REMAINS THE COPYRIGHT OF THE ORIGINAL HOLDER AND IS USED HERE FOR THE PURPOSES OF EDUCATION, COMPARISON, AND CRITICISM ONLY. NO INFRINGEMENT OF COPYRIGHT IS INTENDED…
Posted by Tropical Jon at 11:18 PM