PORKY CHEDWICK: PITTSBURGH'S DADDIO OF THE RADDIO AND HIS DISCIPLES BRING "RACE MUSIC" INTO THE MAINSTREAM

The Daddio of the Raddio,
The Platter Pushin’ Poppa,
The Boss Hoss With the Hot Sauce,
Pork the Tork!!!


"Any entertainer of my era who say they don't know who Porky Chedwick is--They damn lyinI That's the cat that played the records. I know" -- Bo Diddley 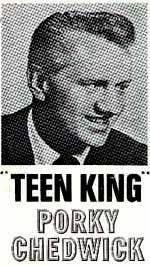 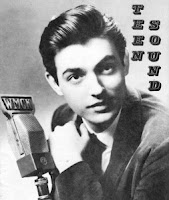 Porky Chedwick (WAMO, Homestead, PA), Terry Lee & (“Mad”) Mike Metrovich (WMCK, McKeesport, PA) and Bob Livorio (WKPA, New Kensington, PA) all had one thing in common, they played what had once been known as “race music” on the radio and at the big teenage dances in the Pittsburgh area. Better plug in Bill Powell (who had a pretty cool mainstream show on WEEP) since he had a tad of influence too!  Porky started out in 1948 and the others in the early 1960s. Bob Mack, who never had a radio show, should be counted among the “big fellas” too, since he and his crew held dances at the big “dance clubs” (Tarena in Tarentum, White Elephant in White Oak Twp., etc) in the area. Another thing they all had is common is the fact that they are all Caucasions (Yeah, Porky’s white too!) playing music by Black artists at a time that the old folks and squares couldn’t fathom such a thing! Of course it was Porky who pioneered the thing (and it was “The Thing”—The WHOLE THING for those of us growing up in the Pittsburgh area in the 50s and 60s. 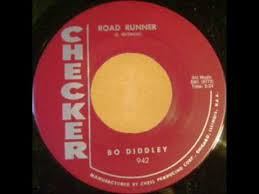 SIXTY MINUTE MAN by The Dominoes---> http://www.youtube.com/watch?v=jh6re_I__HQ
Bob Livorio was also a “must catch” DJ. So ardent was his support that, in 1961, students from three high schools petitioned Kennywood Park to pipe his Saturday morning request show into the park for their school picnic so they would not miss it. On Friday nights kids from all over the valley crammed into “Henry’s,” a small  dance club in Tarentum, to dance to the music of Bob Livorio’s collection; then catch his show Saturday morning, Bob Mack’s dance clubs that night, private parties and small venues during Saturday and Sunday afternoons, then catch Livorio one more time at the (Natrona) Heights Fire Hall (yes, the fire hall!) Sunday night--and that was during the school year! Summer vacation meant more nights of dances at those same venues.

Livorio’s (Saturday mornings only!) show received 600 to 700 song requests a week from local teenagers (and very hip pre-teens, too) and everybody tuned into that one Saturday morning show to hear their requests for Doo-Wop, R&B and other tunes rarely heard out of Pittsburgh/McKeesport/ New Kensington radio range.
I'M SO YOUNG by The Students

The  music being played by the Pittsburgh area DJs was way more important to the kids in The 'Burgh' than anything Dick Clark had to offer--The Burgh and Philly were totally different worlds, sharing only a bit of the music of the day; for instance, in The Burgh we knew that Hank Ballard invented "The Twist"-- Not some cat from Philly named Chubby Checker!  Hank recorded it in 1959 as th B-Side of this ballad:

TEARDROPS ON YOUR LETTER by Hank Ballard & the Midnighters
http://www.youtube.com/watch?v=WVSHmdTeSsA

Clark’s Philadelphia-based American Bandstand featured groups the Pittsburgh kids had been hip to for months (at least) and/or groups about whom we really didn’t care for the most part. Hey, WAMO was a dawn to dusk station, going off the air at sunset, so we couldn’t waste our time watching anything as inane as American Bandstand while Pork The Tork was broadcasting; and, parents weren’t about to put up with BOTH the radio and TV blasting out that racket (as they put it), not even with the TV volume turned all the way down. So rather than watch a show “Wrapped in green and made for a teen” (as the AB Beechnut gum commercials stated), we listened to Porky, The Boss Hoss with the Hot Sauce, wrapped in Black and on the attack!

STRANDED IN THE JUNGLE by the Cadets 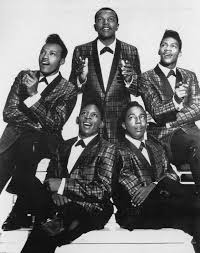 SWEETPEA'S IN LOVE by The Stereos
http://www.youtube.com/watch?v=tD_jAU5xwEc

So all the cool Pittsburgh DJs (the big fellas and the little guys) were searching out the coolest tunes to play on their shows and at the hops.  There was not a lot of recording going on in Pittsburgh at the time (some, but not enough to satiate the doo-wop/R&B/R&R addicts in Pittsburgh!), but there was a lot whole happening in NYC, Chicago, Detroit Top 40 format radio and a whole lot coming out of the South (New Orleans, Memphis, etc.) and AM radio waves, when things were just right, could be picked up on hilltop radios all around ‘The Burgh.’ And cool kids and DJs scrambled to get the best of the best from wherever it came (during hours when none of the cool Pittsburgh DJs were on the air).  We all wanted to be the ones to promote these records these other cities were playing on their shows—like cherry picking the best of the rest of the country. Porky took care of getting the tunes we couldn't pick off the air because the record companies were constantly shipping him a barrage of new records!

Early in 1958 THE FIRES BURN NO MORE, the first Apollo recording for Anthony Gourdine’s  NYC group THE CHESTERS, got local (NYC) airplay and began selling moderately in New York.  "Fires" was featured by disc jockey Bill Powell at (mainstream) WEEP in Pittsburgh, after being picked up by Porky Chedwick at WAMO.

It had all the makings of a substantial hit but as the record suddenly trailed off in New York, the Chesters felt that Apollo Records had dropped the ball and did not do enough to promote the record. They began to look elsewhere for a new label and perhaps a better shot at success. Remember, the Pittsburgh DJs were into promoting the music, as opposed to the music business. The CHESTERS were then signed by NYC End Records with a name change to Little Anthony & the Imperials with TEARS ON MY PILLOW b/w TWO PEOPLE IN THE WORLD their first of many classic hits to follow. If the original label (Apollo) would have promoted the CHESTERS as hard as the Pittsburgh DJ’s had. we might remember the group as THE CHESTERS. Kinda dig the IMPERIALS name anyway. 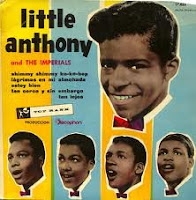 Jimmy Beaumont of The Skyliners (which is a Pittsburgh group) credits Bob Livorio with helping keep the sound of his and other groups alive during the so-called British Invasion. 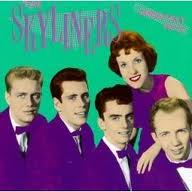 Tommy James has also talked about Livorio's role in popularizing his signature hit, "Hanky Panky," which went to No. 1 in 1966 after Bob rescued it from obscurity.
Of all the lost-and-found singles rescued from obscurity in the Sixties, "Hanky Panky" must be the greatest, rocketing this Michigan band to stardom after three years of indifference. Singer James had formed the band as a mere hobby, and only cut the song in question -- written by Brill Building vets Jeff Barry and Ellie Greenwich and recorded by them as the Raindrops -- as a favor to Niles, MI disc jockey Jack Douglas (of WNIL) in 1964. Only after (Bob Livorio) another enterprising on-air personality in Pittsburgh found it in a box of rejects and started touting it as an "exclusive" did it start to make waves there."
--Robert Fontenot, About.com Guide

Bob was also instrumental in breaking such groups as the Four Seasons and Pittsburgh’s Lou Christi, groups which would never be played on Porky’s All Black All The Time format.

Volumes could be, and should be, and in some cases have been written (check out the links at the end of this article) about these guys. The “big fellas” who played our music on the radio, turned Pittsburgh, PA into the Oldies/Doo-Wop Capitol of the World and turned a generation of mainly white kids from the valley (both the Allegheny River valley and Monongahela River valley, (as well as Pittsburgh proper) into the coolest kids on the planet when it came to knowing real music. Many of the “disciples” of those DJs became their apostles; kids like me, who scoured the record shops, “cut out bins” and juke box distributors’ record sales, The Salvation Army, etc. collecting those 45s and DJ’ing the smaller venues (parties, school dances, small dance halls, the YMCA, church halls, etc.), and even discovering a few “exclusives” of our own in the process.

BUT, Porky Chedwick, The Daddio of the Raddio, started it all:
Chedwick was the first white DJ to present a racially diverse Pittsburgh audience a steady diet of what were, in the summer of 1948, called "race records. Chedwick's original playlist was composed of old R&B and gospel records that he had collected over the years, making him the world's first bona fide oldies DJ. He called the records his "dusty discs," since he would literally have to blow the dust off the 78s before he could preview them at the records stores. Record stores had no demand for the records and would often just give them to Chedwick, or he'd rescue them from bargain bins with what little money he could scrape together. Years later, radio stations, record companies and concert promoters would take notice and copy Porky's Chedwick's formula, creating the billion-dollar "oldies" rock and roll nostalgia industry which thrives still today. Porky Chedwick has been recognized on the floor of the United States Senate for his pioneering contributions to radio and rock and roll (and countless times around Pittsburgh, including a day-long 50th anniversary oldies concert called "Porkstock," in 1998 at Three Rivers Stadium) and was among a group of radio disc jockeys honored in the "Dedicated to the One I Love" exhibit at Cleveland, Ohio's Rock and Roll Hall of Fame and Museum, in 1996. He's the only Pittsburgh DJ to be recognized in the Rock and Roll Hall of Fame. At age 88, Chedwick celebrated his 58th anniversary on the air at Hall of Fame's Alan Freed Radio Studio on August 12, 2006.
He began his career at WHOD in Homestead (which took the call letters, WAMO--an acronym for the rivers Allegheny, Monongehela and Ohio--in 1956), when the low-power (dawn to dusk) AM signed on, August 1, 1948. No Specks Howard graduate here, (he’s a Munhall High grad!), Porky replied to a want ad for a sports announcer! Success with original gig won him a ten minute radio spot of his own. His mainly youthful, white listeners dug his rhymes and patter; as well as the music, of course!--Most had no idea he was a white guy!
In spite of WHOD's low wattage (1,000 watts) Porky became Pittsburgh's "Pied Piper of Platter."
It didn’t take long for the predominately Black music labels to hear about Porky and sending him records by the hundreds. According to the response of Porky’s audience, he played the new stuff or not—Payola (a norm at most stations of the time) was never a consideration; if the Pittsburgh kids,  Porky’s “Movers & Groovers” dug it, The Bossman kept it in the rotation along with the oldies. The “dusty discs” still were the majority of tunes on his show, though.
The aforementioned Jimmy Beaumont and Bo Diddley aren’t the only R&B/R&R legends to credit Porky for early (and usually first) airplay, Smokey Robinson and many, many more give similar thanks and praise. The listeners are pretty much unanimous in crediting The Platter Pushin’ Poppa for hipping them to “The Thing” that made Pittsburgh the Oldies Capitol of the World and his listeners the hippest ever, by making Pittsburgh, PA a testing ground for our music. His accomplishments are boundless contributions to our culture.

Great page, Jon! We're presently shooting a film called "Since I Don't Have You" in the burgh. Winter Morning Pictures is producing. It's about the family and tragedy of Janet Vogel Rapp, with the Skyliners music as the soundtrack. There's a facebook page about it. Best wishes!

Great website and a nice tribute to Bob Livorio's contribution to "The Pittsburgh Sound".