March 17, 1982: Samuel George Jr., lead singer of the Capitols, died after being stabbed with knife during a family argument 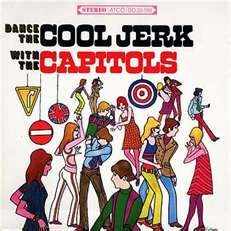 Samuel George Jr., lead singer of the Capitols, who had a 1966 US #7 hit with "Cool Jerk", died in Detroit after being stabbed with a knife during a family argument. He was 39 years old... 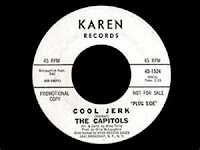 Samuel George was the lead vocalist and drummer of “The Caps,” a 1962 R&B group out of the Ann Arbor/Detroit area.
The Caps were “discovered” by former Ann Arbor DJ Ollie McLaughlin when the group performed at a local dance headlined by Ann Arbor’s Barbara Lewis.


They signed onto McLaughlin’s Karen label and, in 1963, recorded their single “Dog and Cat/The Kick”—the record was a failure and the group split up


In the mid-1960s, a particularly sexual version a dance called “The Jerk” had become popular in Detroit clubs

The song was recorded at Golden World Studios in Detroit on March 14, 1966 with the legendary Motown house band The Funk Brothers.

Though the song was meant to include a horn
accompaniment, the contracted musicians failed to show up for the recording session and their parts were omitted from the track. "Cool Jerk" was released on July 2, 1966 and was a smash hit, reaching as high as #7 on the Billboard Hot 100 and #2 on the Billboard R&B charts


The group released eight additional singles after "Cool Jerk", only two of which made the Billboard charts, getting no higher than #65, relegating the group to a One-Hit Wonder. In late 1969, the group broke up for the final time.


Samuel George died March 17, 1982 after he was fatally stabbed in a domestic dispute. 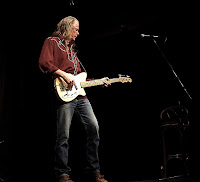 played at least one gig with these cats WAY back (like way before The (Dangerous) UP band)…Check out what he has to say about it:


…We were the Citations, and we all had matching outfits…matching vests and stuff, and there was a guy on Detroit radio named Dave Schaeffer, he was actually the program director for CKLW. He would do sock hops on the weekends, so we were like “his band” – he’d drag us along to all these sock hops. It was in a lot of teen kind of clubs and roller skating rinks and those kinda things. People would be skating to the music! A lot of ‘em would be in Canada, like Windsor, Kingsville, kind of close, but within an hour or so of Detroit…Port Huron, Michigan. So we’d play live and he’d spin records and talk, and they’d always have one famous, something-that-was-on-the-radio kind of band, maybe Question Mark and the Mysterians, or one time it was the Capitols. What they would do is, they would come and just lip-synch to their record. So we were playing in Windsor with the Capitols, and they were coming to do their one song, and the record player wasn’t working right, so they asked if we could do that song. I was probably 13 or 14 or something…young! So we played that one song, and they sang it!” –Gary Rasmussen


(From an interview with “The Stash Dauber” http://stashdauber.blogspot.com/)


THE USE OF ANY COPYRIGHTED MATERIAL IS USED UNDER THE GUIDELINES OF "FAIR USE" IN TITLE 17 & 107 OF THE UNITED STATES CODE. SUCH MATERIAL REMAINS THE COPYRIGHT OF THE ORIGINAL HOLDER AND IS USED HERE FOR THE PURPOSES OF EDUCATION, COMPARISON, AND CRITICISM ONLY. NO INFRINGEMENT OF COPYRIGHT IS INTENDED
Posted by Tropical Jon at 11:52 PM