Gibson Guitars was founded in the late 1890s by Orville Gibson, although the eccentric Mr. Gibson (actually, he was a bit more than “eccentric,” spending many years of his life in mental hospitals) never really incorporated a business at all. Kalamazoo, MI city records do indicate, though, that there was a business address registered to O.H. Gibson, Manufacturer of Musical Instruments as early as 1896, with a change of address in 1899 – 1902.

Around 1890, Orville had settled in Kalamazoo.  “Fiddling” with musical instruments was merely a hobby for Orville. His day jobs (clerk at a shoe store and then at Butler’s Restaurant) supported his hobby, and his hobby was soon to play a totally different role in his life.

On May 11, 1896, Orville filed for his first and only patent which, was issued on February 1, 1898. He’d patented the idea of constructing a mandolin with a curved top and back and using solid pieces for the sides (rather than being bent, thin strips). His mandolin also had a hallowed out neck and heel to improve resonance and tonal quality. 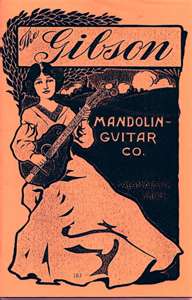 On October 10, 1902, The Gibson Mandolin-Guitar Manufacturing Company, Limited was established by John W. Adams (pres.), Samuel H. Van Horn (treasurer), Sylvo Reams (sec. and also production mgr.), Lewis Williams (later secretary and gen. mgr.), and Leroy Hornbeck. Orville Gibson was not one of the partners, but had been granted a separate contract to be a consultant and trainer. Gibson was also the first to purchase 500 shares of the new company's stock.


In 1915, Orville Gibson and the company negotiated a new agreement in which Orville was to be paid a monthly salary for the rest of his life. That salary reported to be a mere $500 (That’s only $20K/year in 2011 money). In 1916 Gibson was treated at the psychiatric center of St. Lawrence State hospital in Ogdensburg, New York where he died of heart failure on August 21, 1918. 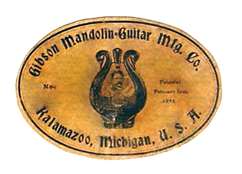 Gibson acquired Epiphone in 1957, and production of Gibson-made Epiphones began in 1959, and lasted until 1969. In 1970, production moved to Japan (or, the Epiphone name was then applied to imported instruments). 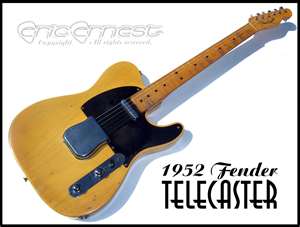 After the release of the Broadcaster (later Telecaster) model, Gibson and guitarist Les Paul collaborated in the release of the solid body Gibson Les Paul in 1952. This model was refined with the introduction of the tune-o-matic bridge/stop tailpiece combination, and P.A.F. humbuckers through the 1950s. 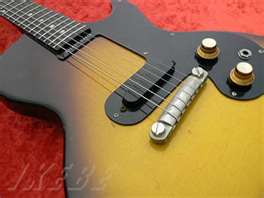 
The Gibson company attempted to throw off the tag of being "stodgy" and old fashioned when they introduced the Flying V and Explorer models in the late 1950s. In this case, they pre-judged the public's tastes by about 10 years! As guitar players' tastes changed in the late 1950s, Gibson discontinued the single cutaway Les Paul model in favor of the double cutaway SG in 1960. As the popularity of the electric blues grew during the 1960s, Gibson reissued the Les Paul in 1968. 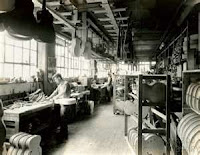 In 1980 the company relocated some of the sales, marketing, administration, and finance personnel from Chicago to the Nashville plant. Main Gibson production was then handled in Nashville, and Kalamazoo became a specialist factory for custom orders. The rest of the manufacturing was being handled in Bozeman, MT. 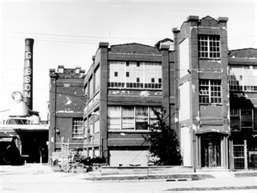 Rather than give up on the 65 year old facilities, Jim Deurloo, Marv Lamb, and J.P. Moats started the Heritage Guitar Company in April of 1985. The company is located in the original 1917 building.