NOVEMBER 11 IN THE EVOLUTION OF ROCK AND ROLL

1936: James Lee Land is born in Jasper, Texas, USA. He will grow up to become R&B guitarist/singer Buddy Ace, aka The Silver Fox Of The Blues. Buddy Ace was in gospel groups at first (one contained Joe Tex) before going R & B in the early 50s. He played in Bobby Bland and Junior Parker's bands before he finally got a record contract with Duke/Peacock in 1955. Buddy Ace live in Berlin/germany Franz-Club (early 90's)

On November 11, 1937
Sonny Boy Williamson (The First) recorded "Good Gal Blues" in a session at the Leland Hotel in Aurora, Illinois


On November 11, 1955 The Clovers recorded their classic "Devil or Angel" at Capitol Studios in NYC. That session also produced "Hey Doll Baby"--the sax heavy flip side of that signature hit:

A year later (November 11, 1956) when Billboard Magazine published the results of its annual Disk Jockey poll:
Johnny Ace's "Pledging My Love" is named the most played R & B single 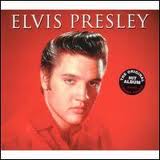 And Elvis is named the most promising Country and Western artist

The same date (November 11, 1956) was the day that Billboard Magazine introduced "The Top 100" format, combining record sales with radio and jukebox play to arrive at the standings. The Four Aces has the distinction of having the first "Number One" with their tune "Love Is A Many Splendered Thing"

Hank Ballard released his new dance tune "The Twist" on November 11, 1958-- Of course he never recieved credit for inventing The Twist...

"Teardrops" did reach #16 on the R & B Chart, but "The Twist" by Ballard wouldn't appear on the Billboard Pop Chart for another two years (after Chubby Checker's "The Twist" was a hit)
With a #10 hit ("Brown Eye Girl"), Van Morrison was interviewed by Dick Clark on November 11, 1967:

Although a staple on American "Oldies" radio to this day, the tune never charted in the UK


Bob B Soxx lead male singer Bobby Sheen passed away on November 11, 2000. I'm not gonna post their hit (Zip-A-Dee Doo-Dah which did reach #8 in 1963) But I am going to post Michael Erlewine's video of THE RATIONALS doing the tune...