Berry Gordy, Jr had seven older siblings--all prominent black citizens of Detroit.  Young Berry, however, had dropped out of high school in the eleventh grade to become a professional boxer--He'd hoped to become rich quick!!!--That was a career he followed until 1950 when he was drafted by the United States Army for the Korean War.

After his return from Korea in 1953, he married Thelma Coleman. He developed his interest in music by writing songs and opening the 3-D Record Mart, a record store featuring jazz music. The store was unsuccessful and Gordy sought work at the Lincoln-Mercury plant, then he met Al Green (not the singer), owner of the Flame Show Bar talent club 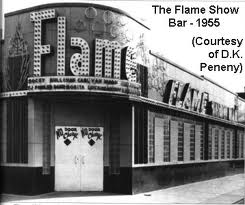 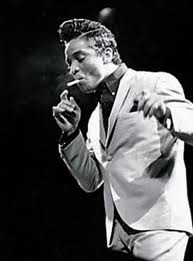 That's where Green introduced Berry to Jackie Wilson...
In 1957, Wilson recorded Reet Petite, a song Gordy had co-written with his sister Gwen and writer-producer Billy Davis. It became a modest hit but had more success internationally, especially in the UK where it reached the Top 10 and even later topped the chart on re-issue in 1986.


Wilson recorded four more songs co-written by Gordy over the next two years, including "Lonely Teardrops", which topped the R & B charts and got to #7 on the pop chart.

Berry and Gwen Gordy also wrote "All I Could Do Was Cry" for Etta James at Chess Records. 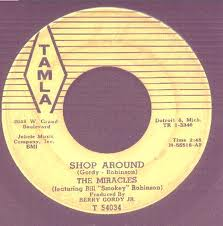 Gordy reinvested his songwriting success into producing.       In 1959, at Miracles leader Smokey Robinson's encouragement, Gordy borrowed $800 from his family to create an R&B label, Tamla Records.


After a couple of “near hit” productions, Berry's third release was "Bad Girl" by The Miracles, and was the first-ever release for the Motown record label. "Bad Girl" was a solid hit in 1959 after Chess Records picked it up.

Barret Strong's "Money (That's What I Want)" initially appearing on Tamla and then charted on Gordy's sister's label, Anna Records, in February 1960. 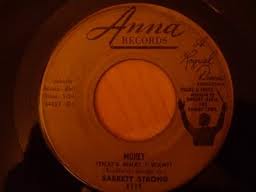 The Miracles' hit "Shop Around" peaked at #1 on the national R&B charts in late 1960 and at #2 on the Billboard  pop charts on January 16, 1961, which established Motown as an independent company worthy of notice.

Later in 1961, The Marvelettes' "Please Mr. Postman" made it to the top of both charts.

In 1960, Gordy signed an unknown named Mary Wells who became the fledgling label's first star, with Smokey Robinson penning her hits "You Beat Me to the Punch,"
"Two Lovers" and "My Guy". The Tamla and Motown labels were then merged into a new company Motown Records--The rest, including the movies, is history... 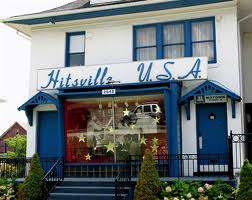 Gordy's gift for identifying and bringing together musical talent, along with the careful management of his artists' public image, made Motown initially a major national and then international success. Over the next decade, he signed such artists as The Supremes, Marvin Gaye, The Temptations, Jimmy Ruffin, The Contours, The Four Tops, Gladys Knight & the Pips, The Commodores, The Velvelettes, Martha and the Vandellas, Stevie Wonder and The Jackson 5. 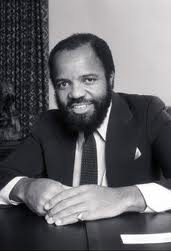 Although Motown continued to produce major hits throughout the 1970s and 1980s by artists like the Jacksons, Rick James, Lionel Richie and long-term signings, Stevie Wonder and Smokey Robinson, the record company was no longer the major force it had been previously. Gordy sold his interests in Motown Records to MCA and Boston Ventures on June 28, 1988 for $61 million. He also later sold most of his interests in the Jobete publishing concern to EMI Publishing. 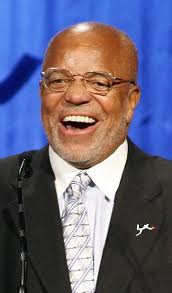