There's simply no sound in the blues as easily digestible, accessible, instantly recognizable and as the music of Jimmy Reed. His best-known songs have become such an integral part of the standard blues repertoire, it's almost as if they have existed forever…
Success was slow in coming, but when his third single, "You Don't Have to Go" backed with "Boogie in the Dark," made the number five slot on Billboard's charts, the hits pretty much kept on coming for the next decade.
“Boogie in the Dark”


"Baby, What You Want Me to Do"
"Bright Lights, Big City"

Jimmy Reed records hit the charts with amazing frequency and crossed over onto the pop charts on many occasions, a rare feat for an unreconstructed bluesman.


This string of hits is all the more amazing simply because Reed's music was nothing special on the surface; his literacy was to the level which enabled him to sign an autograph (nothing more)…
"Going to New York"
He possessed absolutely no technical expertise on either of his chosen instruments and his vocals certainly lacked the fierce declamatory intensity of a Howlin' Wolf or a Muddy Waters…
"Ain't That Lovin' You Baby"

But it was exactly that lack of in-your-face musical confrontation that made Jimmy Reed a welcome addition to everybody's record collection back in the '50s and '60s.
"Big Boss Man"
Jimmy Reed placed 11 songs on the Billboard Hot 100 pop charts and a total of 14 on the charts, a figure that even a much more sophisticated artist like B.B. King couldn't top. To paraphrase the old saying, nobody liked Jimmy Reed but the people. 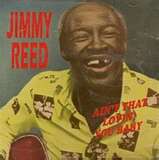 Selling more records than Muddy Waters, Howlin' Wolf, Elmore James or Little Walter brought the rewards of fame to his doorstep, but no one was more ill-equipped to handle it than Jimmy Reed… 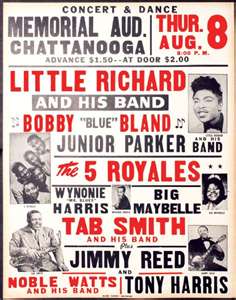 He started to fall apart like a cheap suit almost immediately. Those who shared the bill with him in top-of-the-line venues like the Apollo Theater -- 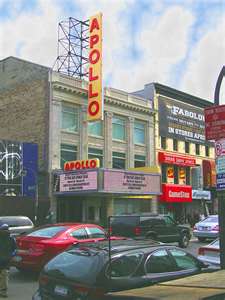 where the story of him urinating on a star performer's dress in the wings has been repeated verbatim by more than one oldtimer -- still shake their heads and wonder how Jimmy could actually stand up straight and perform, much less hold the audience in the palm of his hand. 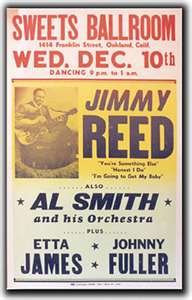 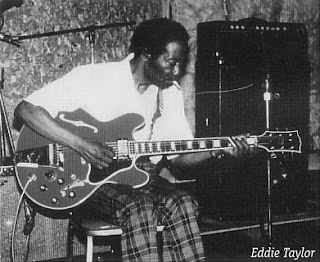 would relate how he sat directly in front of Reed in the studio, instructing him while the tune was being recorded, exactly when to start to start singing, when to blow his harp, and when to do the turnarounds on his guitar. He also appears, by all accounts, to have been unable to remember the lyrics to new songs -- 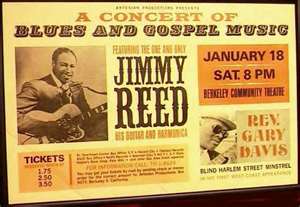 Jimmy  finally received proper medical attention for his epilepsy and quit drinking, but it was too late and he died trying to make a comeback on the blues festival circuit on August 29, 1976.
All of this is sad beyond belief, simply because there's so much joy in Jimmy Reed's music. And it's that joy that becomes self evident every time you give one of his classic sides a spin. Although his bare bones style influenced everyone from British Invasion combos to the entire school of Louisiana swamp blues artists (Slim Harpo and Jimmy Anderson in particular), the simple indisputable fact remains that -- like so many of the other originators in the genre -- there was only one Jimmy Reed.
~ Cub Koda (Brownsville Station, R.I.P. Cubby)

Jimmy Reed, Bluesman Extraordinaire—
Yet nobody liked him, ‘cept the people…