Leonard and Phil Chess, two Polish born immigrants, founded Chess Records the pre-eminent Blues label of the 50s and 60s.Eventually they created a monopoly of Chicago music recording, doing sessions and releasing recordings by every major blues performer from John Lee Hooker, Elmore James, "King of the Slide Guitar", to Bo Diddley through Jimmy Reed, Chuck Berry and everyone in between.
Marshall Chess: 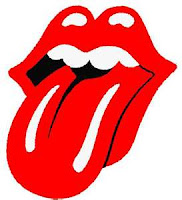 Marshall Chess departed from Chess Records in 1970 after the death of his father. He was hired as the founding president of Rolling Stones Records label for the English rock group he had known since the mid 1960s when the band had used Chess studios in Chicago to record songs while touring the United States.
Junior Wells:
R.I.P. JUNIOR...
NOTE: Phil and Leonard Chess were both inducted (as non-performers)  to the Rock & Roll Hall of Fame in 1987 and The Blues Hall of Fame 1995...
WorldPress blogs about Chess Records
Leonard Chess BIO
THE USE OF ANY COPYRIGHTED MATERIAL IS USED UNDER THE GUIDELINES OF "FAIR USE" IN TITLE 17 & 107 OF THE UNITED STATES CODE. SUCH MATERIAL REMAINS THE COPYRIGHT OF THE ORIGINAL HOLDER AND IS USED HERE FOR THE PURPOSES OF EDUCATION, COMPARISON, AND CRITICISM ONLY. NO INFRINGEMENT OF COPYRIGHT IS INTENDED
Posted by Tropical Jon at 11:21 PM