August 7, 1931: Herb Reed was born in Kansas City, Missouri. In 1953, bass singer Herb Reed put together a group of four singers called The Platters, an idea he got from a disc jockey referring to records as platters… 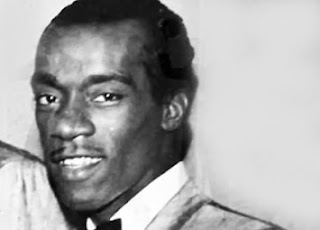 Mr. Reed was born into poverty in Kansas City, Mo., on Aug. 7, 1928, and lost both his parents when he was about 13, living afterward in the homes of various relatives. He left for Los Angeles when he was 15 and began singing in church gospel choirs while working odd jobs. Singing in amateur contests, he discovered he could make money doing what he liked best...

The core of the original group — Mr. Reed, David Lynch and the lead singer, Tony Williams — later joined with Paul Robi and a 15-year-old girl named Zola Taylor to form the quintet that recorded “Only You” in 1955, the first in a string of hits… 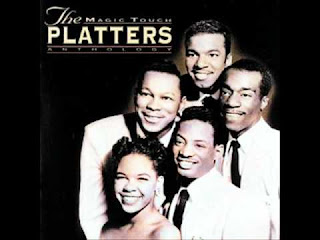 As original members were replaced, he remained, singing bass on all of the 400 recordings the group made during its peak years, including four that reached No. 1 on the Billboard singles chart: 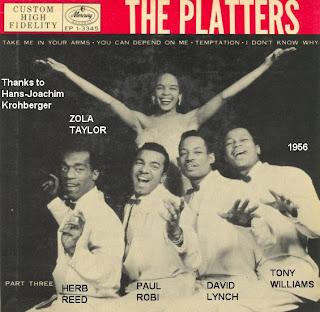 The Platters’ early records, like those of many black artists, had color-coded labels — usually orange, sometimes purple — to alert D.J.’s that they were “race records,” something that effectively barred them from the air in parts of the South.

(The term was later changed to “Rhythm and Blues”)

THE USE OF ANY COPYRIGHTED MATERIAL IS USED UNDER THE GUIDELINES OF "FAIR USE" IN TITLE 17 & 107 OF THE UNITED STATES CODE. SUCH MATERIAL REMAINS THE COPYRIGHT OF THE ORIGINAL HOLDER AND IS USED HERE FOR THE PURPOSES OF EDUCATION, COMPARISON, AND CRITICISM ONLY. NO INFRINGEMENT OF COPYRIGHT IS INTENDED
Posted by Tropical Jon at 9:46 PM

Email ThisBlogThis!Share to TwitterShare to FacebookShare to Pinterest
Labels: Evolution of Rock and Roll, Herb Reed, NUYMBER ONE TUNES, R and B, race music, The Platters