This cat coined the term RHYTHM and BLUES!!! 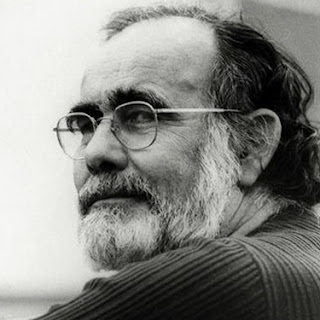 He was a music journalist turned music producer, and was regarded as one of the major record industry players behind music from the 1950s through the 1980s...
Legendary record producer Jerry Wexler, who helped define R&B music with recordings of Aretha Franklin, Ray Charles, Wilson Pickett, Percy Sledge and Solomon Burke, died of heart failure at the age of 91
on August 15, 2008...

A true visionary, Jerry coined the term "rhythm and blues", and signed and/or produced many of the biggest acts of the last 50 years, including Ray Charles, the Allman Brothers, Chris Connor, Aretha Franklin, Led Zeppelin, Wilson Pickett, Dusty Springfield and Bob Dylan…

Though we lost him in 2008, Jerry's legacy lives on in the halls of Atlantic. Do yourself a favor and visit "Jerry Wexler - Record Man" –I couldn’t write a better tribute!

The Fresh Air Interview (This is GREAT!!!):

His four-part GRAMMY Foundation "Living Histories" series. If you want to know where a LOT of "our" music came from, check this out… 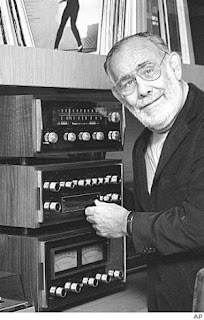 THANKS FOR BEIN' SO COOL!!!


THE USE OF ANY COPYRIGHTED MATERIAL IS USED UNDER THE GUIDELINES OF "FAIR USE" IN TITLE 17 & 107 OF THE UNITED STATES CODE. SUCH MATERIAL REMAINS THE COPYRIGHT OF THE ORIGINAL HOLDER AND IS USED HERE FOR THE PURPOSES OF EDUCATION, COMPARISON, AND CRITICISM ONLY. NO INFRINGEMENT OF COPYRIGHT IS INTENDED
Posted by Tropical Jon at 9:04 PM