April 3, 1961: A Pittsburgh quintet named The Marcels took "Blue Moon", a tune written in 1934 by Richard Rodgers and Lorenz Hart, to the top of the Billboard chart. It was also a #1 in the UK. 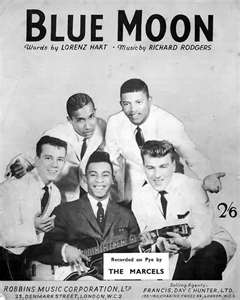 A Pittsburgh quintet named The Marcels
took "Blue Moon", a tune written in 1934 by Richard Rodgers and Lorenz Hart, to the top of the Billboard chart. It was also a #1 in the UK.

Rodgers hated the doo-wop arrangement so much that he took out advertisements in UK trade papers, urging people not to buy it—Chill Out Rodgers, It’s Only Rock ‘n Roll!!! 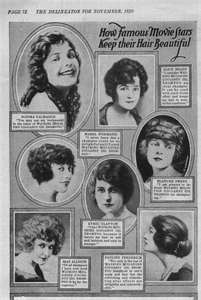 (The group was named by Fred Johnson's younger sister Priscilla, after a popular hair style of the day, the marcel wave)

The Marcels, as a group, was best known for turning the classical pop  “Blue Moon” into rock and roll. They  formed in 1959 in Pittsburgh, Pennsylvania—This writer’s ORIGINAL hometown which just happens to be The Capitol of Doo-Wop Music! 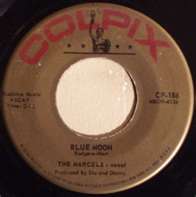 The Marcels are as advertised, the guys who put the "Bomp" in the "Bomp-A-Bomp" back in 1961 when their first recording, "Blue Moon" sold over two and a half million copies. The Marcels can boast of three record albums, numerous hit singles, with sales in the millions. They also recorded the theme song, "The Greatest Love" for the motion picture, "The Interns" and appeared with Chubby Checker in the film "Twist Around The Clock." Their signature song, "Blue Moon" has been used in at least four major motion pictures and various TV shows, such as Sha Na Na, Cheers, 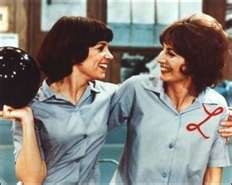 Happy Days, etc.
In August 1961, due to problems encountered in the Deep South while touring because of the group being bi-racial, the white members, Knauss and Bricker left and were replaced by Allen Johnson (brother of Fred) and Walt Maddox. Mundy left soon after, leaving the group a quartet… 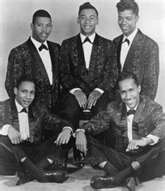 Some people aren’t aware that The Marcels’ "Heartaches"
peaked at No. 7 on the Billboard Hot 100 and eventually sold over one million copies worldwide…
And it’s b-side wasn’t too shabby…

The Marcels were inducted into the Vocal Group Hall of Fame in 2002…
THE USE OF ANY COPYRIGHTED MATERIAL IS USED UNDER THE GUIDELINES OF "FAIR USE" IN TITLE 17 & 107 OF THE UNITED STATES CODE. SUCH MATERIAL REMAINS THE COPYRIGHT OF THE ORIGINAL HOLDER AND IS USED HERE FOR THE PURPOSES OF EDUCATION, COMPARISON, AND CRITICISM ONLY. NO INFRINGEMENT OF COPYRIGHT IS INTENDED