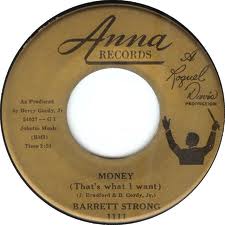 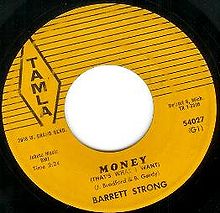 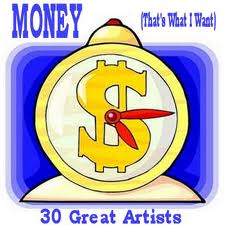 And it seems like EVERYBODY jumped onboard, wantin’ some $$$ TOO!!!

Mickey Mouse and his Gang--Including Uncle Scrooge--
did a great cover (Sounding A LOT like the Barrett Strong original…)
'Money' was the pick of the songs the Beatles recorded for their Decca Audition live in the studio on 1 January 1962—With Pete Best on drums, no less:

Sister Etta James recorded the tune at the New Era Club (Nashville) in 1963:

Also in 1963: The Beatles take another shot at the tune (this time with Ringo):

Circa 1966, The Kingsmen wanted some money, too:

1969:  John Lennon & Plastic Ono Band did it live in Toronto
(Gotta follow this link,
embedding has been disabled—Sorry)
In an Italian show, in 1970: Stevie Wonder makes it clear that he wants a piece of this MONEY action, too!!!

Hell, even The Stooges covered the tune in ’72: 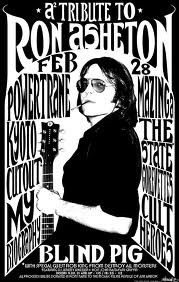 
Then there’s the relative newcomer, Bruno Mars: Bruno Mars - Money (That' What I Want), Billionaire, & I Wanna Be Rich Medley (The Grove, Los Angeles) 09-17-10


IN FACT: There are 79 charted covers of this GREAT Barrett Strong tune: 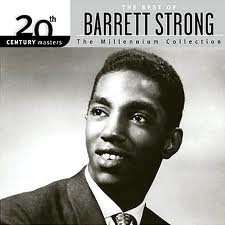 THE USE OF ANY COPYRIGHTED MATERIAL IS USED UNDER THE GUIDELINES OF "FAIR USE" IN TITLE 17 & 107 OF THE UNITED STATES CODE. SUCH MATERIAL REMAINS THE COPYRIGHT OF THE ORIGINAL HOLDER AND IS USED HERE FOR THE PURPOSES OF EDUCATION, COMPARISON, AND CRITICISM ONLY. NO INFRINGEMENT OF COPYRIGHT IS INTENDED
Posted by Tropical Jon at 9:43 PM