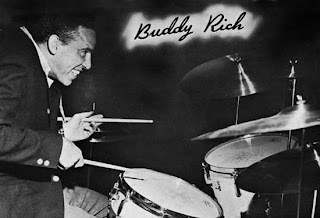 Often referred to as the world's best drummer, Buddy Rich died of complications caused by a brain tumor. 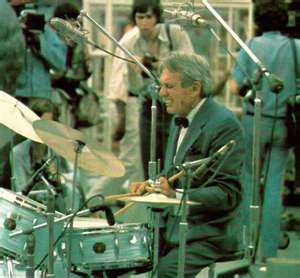 He was 69 years old…
Buddy Rich was born in 1917 in Brooklyn, New York. The musician was a child prodigy in vaudeville shows, known as “Baby Traps, the Drum Wonder.” 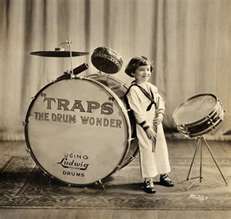 Before he formed his own bands, he played in swing bands with Artie Shaw and Tommy Dorsey. 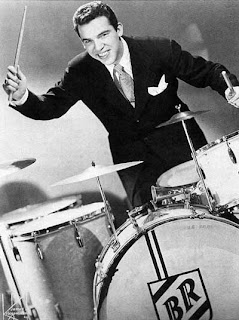 He was known for his exceptional drumming speed… 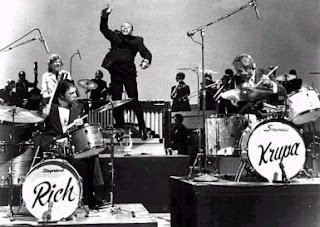 Drumming legend Gene Krupa once said that Buddy was "The greatest drummer ever to have drawn breath."

Check out this link to TotalDrumsets.com for some good info and GREAT videos of Buddy Rich…
Another BuddyRich BIO <-----------click here
R.I.P. BUDDY RICH 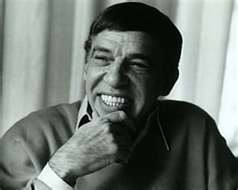 AND THANKS FOR THE MUSIC AND ALL THAT CAME WITH IT!!!
THE USE OF ANY COPYRIGHTED MATERIAL IS USED UNDER THE GUIDELINES OF "FAIR USE" IN TITLE 17 & 107 OF THE UNITED STATES CODE. SUCH MATERIAL REMAINS THE COPYRIGHT OF THE ORIGINAL HOLDER AND IS USED HERE FOR THE PURPOSES OF EDUCATION, COMPARISON, AND CRITICISM ONLY. NO INFRINGEMENT OF COPYRIGHT IS INTENDED
Posted by Tropical Jon at 11:47 PM