"Bird" Parker in the EVOLUTION OF ROCK 'N ROLL 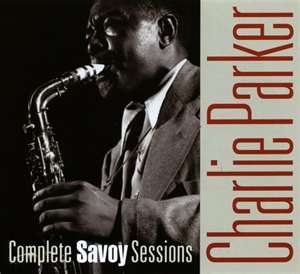 On November 26, 1945, Charlie "Bird" Parker led a record date for the Savoy label, marketed as the "greatest Jazz session ever." The tracks recorded during this session include Now's the Time" (a twelve bar blues incorporating a riff later used in the late 1949 R&B dance hit "The Hucklebuck")


September 15, 2002 – Tenor saxophonist Paul Williams dies of cardiac arrest in New York. He is 87. Williams had a huge instrumental hit for Savoy Records in 1949 with “The Huckle- Buck.” This tune should have made it to the top of the charts, but...


Then Chubby Checker had his version in the 1960s

Guess sometimes, somethings, just don’t make it to the top in the EVOLUTION OF ROCK 'N ROLL--even when they first came out of the horn of the legend--Charlie "Bird" Parker
Posted by Tropical Jon at 10:49 PM