NORMAN WHITFIELD: MOTOWN'S PSYCHEDELIC SOUL MAN IN THE EVOLUTION OF ROCK AND ROLL 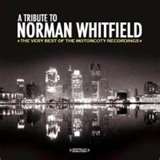 Norman Whitfield, a native of Harlem, New York, spent much of his teen years in local pool halls. In his late teens, he and his family moved to Detroit, Michigan.


When Norman was just 19 years old, he began frequenting Motown's Hitsville U.S.A. offices, Barry Gordy  recognized Whitfield's persistence and hired him. Norman’s  first Motown gig was in the quality control department  which determined which songs would or would not be released. Whitfield eventually joined Motown's in-house songwriting staff.
After co-writing the Marvin Gaye hit "Pride & Joy", The Marvelettes’  "Too Many Fish inthe Sea" and The Velvelettes’  "Needle in a Haystack",  his big break came when he took over Smokey Robinson's role as the main producer for The Temptations in 1966, after his "Ain't Too Proud to Beg" performed better than Robinson's "Get Ready" on the pop charts...

In 1968, Whitfield moved The Temptations into a harder, darker sound that featured a blend of psychedelic rock and funk, moving away from love songs to the social issues of the time, such as war, poverty and politics. 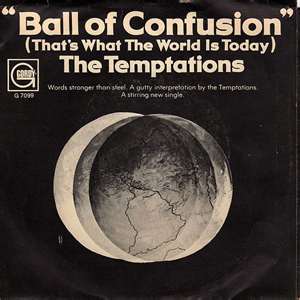 First came "Cloud Nine" in late 1968, which earned Motown its first Grammy award (for Best Rhythm & Blues Performance by a Duo or Group). A second Best R&B Group Performance Grammy for Whitfield and the Temptations ; then, in 1973,  came  "Papa Was A Rollin' Stone". That single's instrumental B-side earned Whitfield a Grammy with arranger Paul Riser for Best R&B Instrumental Performance, and Whitfield and Barrett Strong shared the songwriters' award for Best R&B Song...

The psychedelic soul records Whitfield produced for The Temptations and other artists such as Edwin Starr and The Undisputed Truth experimented with and updated the Motown sound for the late-1960s.

Even so, The Temptations hated how Whitfield put more emphasis on instrumentation instead of their vocals and the Whitfield/Temptations relationship became strained and less workable. 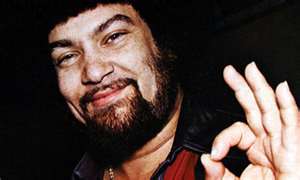 So, In 1973, Whitfield left Motown to form his own label, Whitfield Records, and he took Motown’s  The Undisputed Truth along with him. 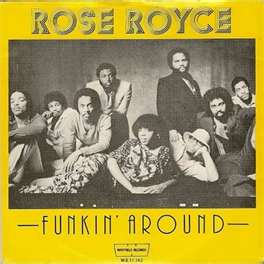 He also signed Rose Royce (Edwin Starr’s backing band from Motown), and Junior Walker to the Whitfield Label. Whitfield had a smash hit in 1976 with Rose Royce's "Car Wash", issued on MCA Records . Car Wash served as the theme song to the 1976 motion picture of the same name. The Car Wash soundtrack won Whitfield a 1977 Grammy Award for Best Score Soundtrack Album.


In the early 1980s, Whitfield again began working as a producer for The Temptations' 1983 hit single "Sail Away.”


Norman Whitfield was busted for income tax evasion on $2 million in 1995 ~ 1999 royalties, for which he paid $25,000 in fines and did a six month house arrest sentence.
Norman Jesse Whitfield passed away on September 16, 2008 at the age of 65, most likely due to complications associated with diabetes.  R.I.P. Norman Whitfield!!!
Posted by Tropical Jon at 11:10 PM