Etta James Is a Peach in the Evolution of Rock 'n Roll! 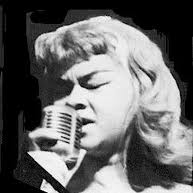 Born Jamesetta Hawkins on January 25, 1938 in Los Angeles, she was a gospel prodigy, singing in her church choir and on the radio at the age of five. When she turned twelve, she moved north to San Francisco. 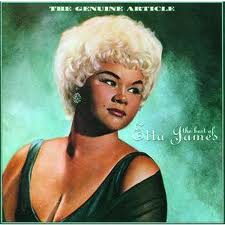 She formed a trio and was soon working for bandleader Johnny Otis. 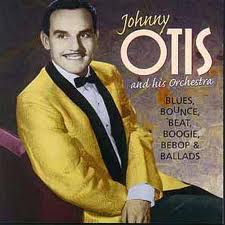 In 1954, she moved to Los Angeles to record "The Wallflower" (a tamer title for the then-risqué "Roll with Me Henry") with the Otis band. It was that year that the young singer became Etta James (an inverted version of her first name) and her vocal group was dubbed The Peaches (also Etta's nickname)


Soon after her success with The Johnny Otis Show, Etta launched her solo career with such hits as "Good Rockin' Daddy" in 1955


Etta signed on with Chicago's Chess Records in 1960 and her career began to soar. Chart toppers included duets with then-boyfriend Harvey Fuqua, the heart-breaking ballad "All I Could Do Was Cry"

She even covered one of the Harvey & The Moonglows monsters:

But Etta could do more than deliver steller performances of powerful balllads--She knew how to rock a house, and did so with such gospel-charged tunes as "Something's Got a Hold On Me" in 1962...


Etta stayed with Chess throughout the 1960s and early 1970s. Sadly, heroin addiction affected both her personal and professional life, but in 1967 Chess took her to the Fame studios to record with the Muscle Shoals house band. The collaboration resulted in the triumphant Tell Mama album.


The story of the early days of Chess Records was brought to the big screen as Cadillac Records in 2008, with singer Beyoncè Knowles playing Etta James in the film. Beyoncè also recorded her own version of James's signature song, "At Last" for the soundtrack.

While James publicly supported the film, she was reportedly miffed when Beyoncè sang the song at President Barack Obama's inaugural ball...


in January 2009. James allegedly told concert-goers in Seattle in February that Beyoncè "had no business ... singing my song that I been singing forever." 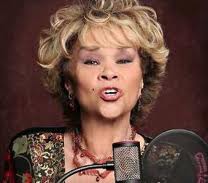 Despite some media attention over her comments, James was unfazed by the incident and pressed on with her busy performing schedule.

For much of her career James battled heroin addiction, which has added to her aura as a survivor. A cleaned-up James made a successful comeback in the Seventies, re-signing with Chess in 1973 and opening for the Rolling Stones  in 1978.

In 1984, she sang “When the Saints Go Marching In” at the opening of the Summer Olympics in Los Angeles. 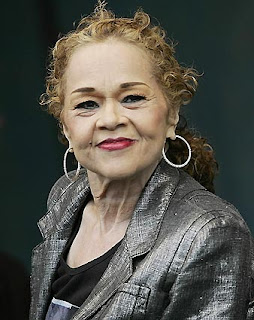 Now in her 70s, Etta James, one of the most dynamic singers in music today, is terminally ill. Her doctors ask us to pray for her…

R.I.P. ETTA, YOU WILL BE REMEMBERED FOREVER...