Clarence "Pinetop" Smith In The Evolution Of Rock 'N Roll ~ The Cat Who Invented Boogie Woogie!!! 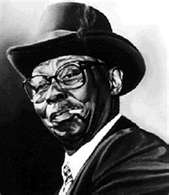 Clarence Smith
came from deep in the heart of Alabama. After playing piano for a few years and developing his own style derived from the blues he had heard all around him, Clarence first performed publicly in Birmingham at around age fifteen. Soon after, he relocated north to Pittsburgh, Pennsylvania, where he launched his career as a performer, and a moniker of "Pinetop"
Based for a time in the Steel City, Smith joined the Theatre Owners Booking Association (TOBA) Vaudeville circuit--he was one of Maddy Dorsey's pickaninies.

Pinetop, though,  focused more on piano as his stint with TOBA progressed, often taking in the local night spots on their tours where barrelhouse pianists played the deepest of blues and also at rent parties, local taverns, and the occasional brothel. 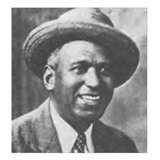 By the mid-1920s, he had a fairly well developed boogie style, and enhanced it with a moving bass ("eight to the bar"), and coined that  as Boogie Woogie.  Smith soon became a master of Boogie Woogie and his reputation spread.  He moved his family to Chicago in late 1927 or early 1928. 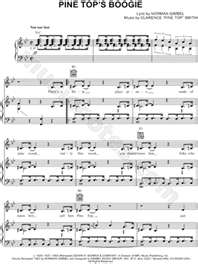 While performing PineTop's Boogie Woogie the composer talked over the playing giving instructions on how to dance to the tune. When released, it was allegedly the first record with the name "boogie woogie" on the label, and it soon became a hit in Chicago and beyond.

He was soon playing in Chicago hot-spots and had a promising future.

On March 15, 1929 "PineTop" Smith was performing at a Chicago dance hall when a fight broke out and gunplay followed. Smith was hit by a bullet from the gun of David Bell.

The headline in Downbeat magazine read "I Saw Pinetop Spit Blood and Fall."

The world was deprived of a promising string of original performances and compositions by this stellar player who left behind his wife, two children, a handful of records, and a cadre of mourners... 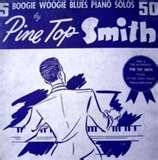