HARLEM NOCTURNE IN THE EVOLUTION OF ROCK 'N ROLL... 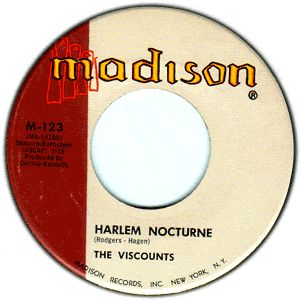 “Harlem Nocturne” has its roots in late 1930s’ jazz and the big band era. While on the road with the Ray Noble Orchestra, trombonist/composer Earle Hagen composed “Harlem Nocturne,” and the song became a jazz standard.

Initially, Hagen
wrote the song as a tribute to saxophonist Johnny Hodges, known for his solo work with Duke Ellington’s band.

In 1945, Johnny Otis recorded Harlem Nocturne as an early single on the Savoy label; and not long after that came a raft of cover versions by virtually every sax player in the R & B business.


There may be as many as 500 versions, making it one of the most covered songs in history. Among the many artists who have covered the song are: Duke Ellington, Harry James, the Glenn Miller Orchestra, the Lounge Lizards, Earl Bostic, Quncy Jones, King Curtis,
Boots Randolph, guitarist Danny Gatton, the Ventures, and others. It’s been estimated that there are at least 500 covers of this tune in circulation! 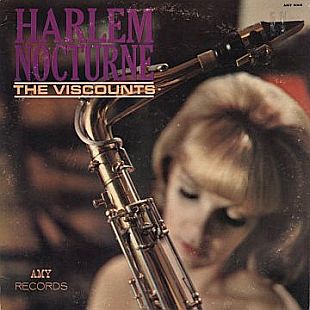 But it was the Viscounts, a New Jersey band, that put the song on the musical map in a new way in the late 1950s and early 1960s, adding a new twist – an eerie guitar echo effect 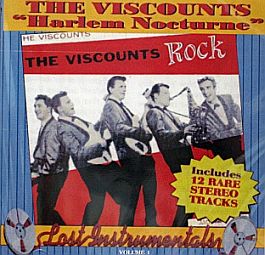 Music critic Dave Marsh includes the Viscounts’ version of “Harlem Nocturne” in his 1999 book, The Heart of Rock & Soul: the 1001 Greatest Singles Ever Made.


This classic certainly holds a major place in
THE EVOLUTION OF ROCK ‘N ROLL!!!
Posted by Tropical Jon at 10:52 PM