RUBBER SOUL, Released in the UK on December 3, 1965—A MAJOR event in THE EVOLUTION of ROCK ‘N ROLL… 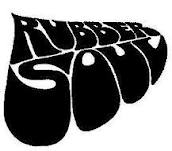 Rubber Soul  is the sixth studio album by The Beatles. It was released in the UK on December 3, 1965. (CLICK ON THE ALBUM BELOW WHILE YOU READ THIS HISTORY):

The album was commercially successful, beginning a 42-week run in the British charts on 11 December 1965. On Christmas Day it replaced Help!—The Beatles' previous album—at the top of the charts, a position Rubber Soul held for eight weeks. 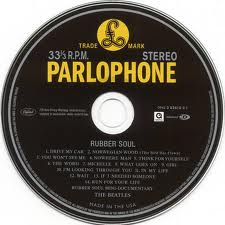 On 9 May 1987, Rubber Soul returned to the album charts for three weeks, and ten years later made another comeback to the charts.
The original United Kingdom release shows the "soul" influence of the album's title. Track list changes to the United States release, including two acoustic songs held over from the previous UK album, Help!, gave the US version a folk-rock feel which critics likened to Bob Dylan and The Byrds (Wikipedia)

The line-up for the UK release:


·         Ringo Starr: drums, tambourine, maracas, cowbell, lead vocals on "What Goes On", Hammond organ on "I'm Looking Through You"


Rubber Soul  is the sixth studio album by The Beatles. It was released in the UK on December 3, 1965.Unlike the five albums that preceded it, Rubber Soul was recorded during a specific period, the sessions not dashed off in between either tour dates (including those with mainly American R&B groups as opening—or headlining—acts) or during filming projects. After this, every Beatles album would be made without the need to pay attention to other commitments. The album was described as a major artistic achievement, attaining widespread critical and commercial success, with reviewers taking note of The Beatles' developing musical vision....
RUBBER SOUL told us all. "Look out. there's something happening here!"
Posted by Tropical Jon at 10:46 PM

Email ThisBlogThis!Share to TwitterShare to FacebookShare to Pinterest
Labels: Beatles, British Invasion, Evolution of Rock and Roll, R and B