Al Green was born in Forrest City, Arkansas. He was the sixth of ten children born to Robert and Cora Greene. The son of a sharecropper, he started performing Gospel music at age ten in a Forrest City quartet called the Greene Brothers (he dropped the final "E" from his last name years later as a solo artist). The Greene Brothers toured extensively in the mid-1950s in the South until the Greenes moved to Grand Rapids, Michigan, when they began to tour around Michigan--until his father kicked Al out of the group when he caught him listening to Jackie Wilson 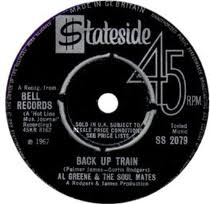 Green formed a group called Al Greene & the Creations in high school. In 1967, under a new name, Al Greene & the Soul Mates, the band recorded "Back Up Train" and released it on Hot Line Music; the song was an R&B chart hit.

For many years thereafter Green continued to put out non-Gospel (secular) hits--Even during two full-time stints as a bonified minister with a church and congregation in Tennessee... 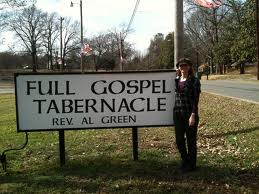 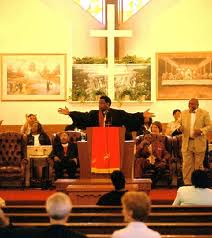 And one a bit less secular:


Learn more about Al Green on his official website…
Posted by Tropical Jon at 10:12 PM

Email ThisBlogThis!Share to TwitterShare to FacebookShare to Pinterest
Labels: Al Green, Evolution of Rock and Roll, Gospel, Michigan Legends, R and B