On January 23, 1986 Chuck Berry was the first artist inducted into the Rock and Roll Hall of Fame 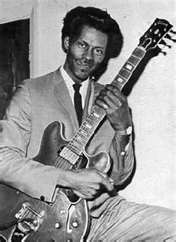 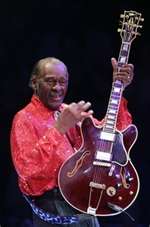 On January 23, 1986 Chuck Berry was the first artist inducted into the Rock and Roll Hall of Fame. Keith Richards, guitarist for the Rolling Stones, inducted Berry and said, “It’s hard for me to induct Chuck Berry because I lifted every lick he ever played…

Chuck Berry’s songwriting skills, musicianship, and contributions to American culture have garnered him a Grammy Lifetime Achievement Award, a Kennedy Center Honors Award, induction into the Nashville Songwriters Association International Hall of Fame and the Rock ‘n’ Roll Hall of Fame. He also has a star on the Hollywood Walk of Fame

and a brass star and biographic plaque on the St. Louis Walk of Fame. Fittingly, Chuck’s St. Louis star shines at the entrance to Blueberry Hill, the club where he still plays live each month... 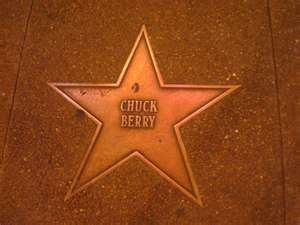 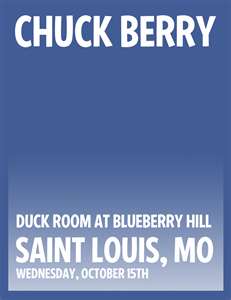