HOLLYWOOD'S MACAMBO CLUB IN THE EVOLUTION OF ROCK 'N ROLL

The Mocambo was a nightclub in West Hollywood, California, at 8588 Sunset Boulevard on the Sunset Strip.
It was opened on January 3, 1941, and the Mocambo became an immediate success. $100,000 had been spent on the decor of the club with a Latin American theme. Along the walls were glass cages holding live cockatoos, macaws and other parrots. With big band music, the club became one of the most popular dance-till-dawn spots in town. On any given night, one might find the room filled with the leading men and women of the motion picture industry.
In 1943, when Frank Sinatra became a solo act, 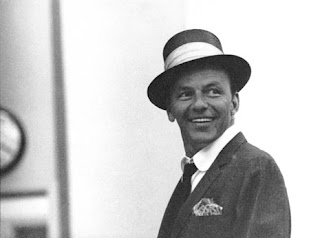 he made his Los Angeles debut at Mocambo.

The mid 1950s saw Ella Fitzgerald become the first African-American to perform at the Mocambo, after Marilyn Monroe had lobbied the owner for the booking.

The booking was instrumental in Fitzgerald's career. The incident was turned into a play by Bonnie Greer in 2005.

Among the celebrities who frequented the much talked about Mocambo were Gable and Lombard, Bogart and Bacall…
Errol Flynn, Judy Garland, Janet Leigh and Louis B. Mayer. Myrna Loy and Arthur Hornblow celebrated their divorce there.
The club was featured on the TV series I Love Lucy, and Ricky Ricardo and his orchestra can still be seen there in reruns.

The Mocambo was also parodied mercilessly in a Bugs Bunny cartoon, Slick Hare. 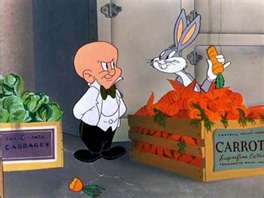 According to a commentary track on the DVD with this cartoon, the man who came up with the visuals of the restaurant managed to get into the kitchen and drew the kitchen exactly as he saw it - complete with dripping grease on the refrigerator and vegetables lying around the ground!


Billy Ward And His Dominoes played at The Mocambo, Los Angeles on January 4, 1955