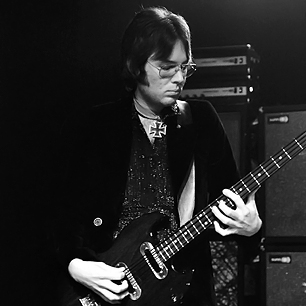 On January 6, 2009, Ron Asheton, the guitarist in the proto-punk band the Stooges, whose raw, animalistic playing laid the groundwork for the entire punk rock movement, was found dead in his Ann Arbor, Michigan home. He was 60. An autopsy is scheduled, but police don't suspect foul play or drug use. Alongside Iggy Pop, David Alexander and his brother Scott, Ron co-wrote such classics "I Wanna Be Your Dog," "No Fun" and "1969."
—That’s pretty much the gist of the announcement of Ron’s demise (in publications across the universe), and , although not nearly the whole story on the incredible individual who was Ronnie Asheton, it speaks volumes… 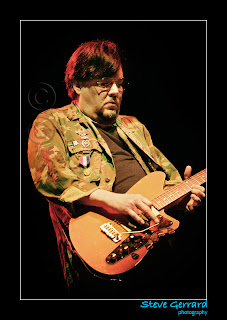 Asheton went on to play guitar in little-known groups such as the New Order, Destroy All Monsters and Dark Carnival. "I wasn't very successful in my endeavors," Asheton said in 2007. "But I kept on playing. I never got a regular job. If I made $50 a night I was happy. That was big bread. And just getting along with being able to pay the rent and cat food — they were the most important things. Then comes alcohol and cigarettes."--Rolling Stone Magazine interview
Destroy All Monsters, featuring Ron Asheton and Niagra Detroit, was another of Ron's projects.
Although never achieving mainstream success, the band  earned some notoriety due to members of notable rock groups The Stooges (Ron and Scott Asheton), MC5 (Mike Davis), The Rationals (Scott Morgan), The Up (Gary Rasmussen), etc…


New Race was a punk/proto-punk super-group based in Sydney, Australia formed in April 1981.
New Race was a concept band featuring three members of Radio Birdman: Deniz Tek, Rob Younger, and Warwick Gilbert, along with their inspirational mentors: Ron Asheton of The Stooges, 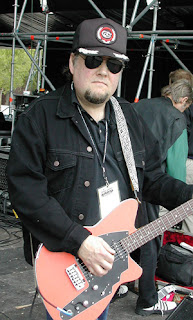 and Dennis "Machine Gun" Thompson of the MC5.