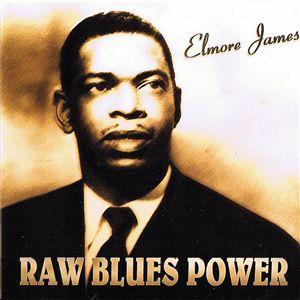 In 1932, at the age of fourteen, Elmore James, also known as Joe Willie, began playing guitar for parties and dances in the Durant, Mississippi area.
By 1937 James had taken up with musicians Sonny Boy Williamson 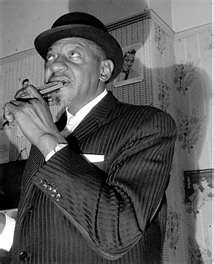 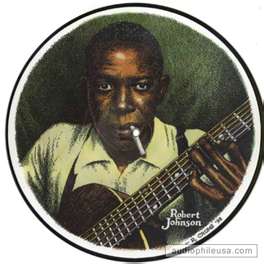 James, would later echo Johnson's slide technique in his own recordings.
After Johnson's death, and up until 1939, James toured the South with Williamson working juke joints and theaters. 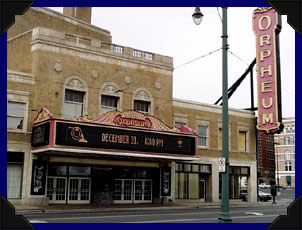 He assembled a band in 1939 after parting ways with Williamson.
During the late 1930s or early 1940s James began playing electric guitar. He became a master of using the distortion and sustain of this instrument to create a dense, textured sound that provided the blueprint for postwar Chicago blues.
James was inducted into the Navy in 1943. Back home,  in 1945, he was sharing a room with Sonny Boy Williamson and working the local jukes.
James also began a professional partnership with his guitar-playing cousin
"Homesick" James Williamson, 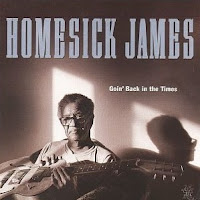 They worked the blues clubs on Beale Street in Memphis.
In 1947, James backed up Sonny Boy on KFFA radio's King Biscuit Time program in Helena, Arkansas.

During his stint on KFFA, James fell under the spell of Robert Nighthawk, and began refining his style to reflect Nighthawk’s crying slide guitar.
While working clubs with Williamson in Jackson, Mississippi 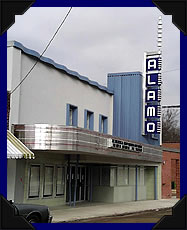 James made his first record for Lillian McMurry's Trumpet Label. On August 5, 1951, at the Trumpet Studios, James cut the Robert Johnson chestnut "Dust My Broom" which reached number nine on the national R&B charts within several months of its release.

James established residency in Chicago in 1952 and formed his legendary band the Broomdusters. 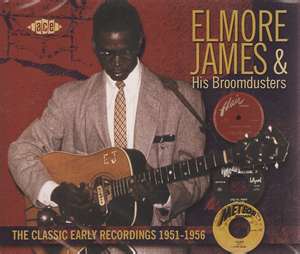 While never attaining the fame of fellow Mississippi expatriates Muddy Waters and Howlin' Wolf, James became one of the city's most influential guitarists. He recorded for a variety of labels throughout the 1950s and early 1960s, leaving a legacy of slow blues, boogies, and full-fledged rave ups that dominate the musical vocabulary of Chicago blues. 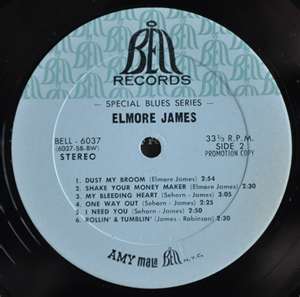 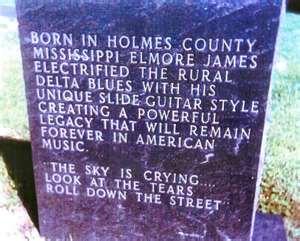 RELATED STORY
Posted by Tropical Jon at 12:01 AM