George "Buddy" Guy (born July 30, 1936) is an American blues guitarist and singer. Critically acclaimed, he is a pioneer of the Chicago blues sound and has served as an influence to some of the most notable musicians of his generation. "A key influence on Eric Clapton, Jimi Hendrix and Stevie Ray Vaughan, Buddy Guy put the Louisiana hurricane in 1960s electric Chicago blues as a member of Muddy Waters' band and as a house guitarist at Chess Records. A native of the Baton Rouge area, he combined a blazing modernism with a fierce grip on his roots, playing frantic leads heavy with swampy funk on Howlin' Wolf's 'Killing Floor' 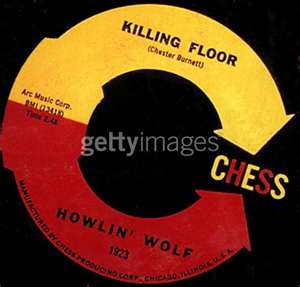 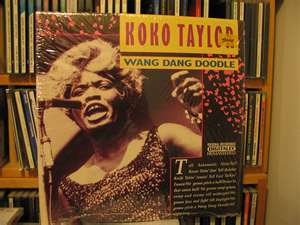 as well as on his own Chess sides and the fine series of records he made with harp man Junior Wells. 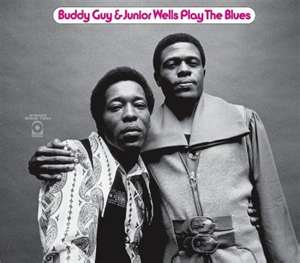 One of the last active connections to the golden age of Chess, Guy still plays with his original fire." (Wikipedia)

Buddy & Carlos Santana at Montreaux in 1974:

Buddy Guy / Montreux Jazz Festival 2008
(Follow the link, embedding not allowed, but ya GOTTA check this out!)

Guy was inducted into the Rock and Roll Hall of Fame on March 14, 2005 by Eric Clapton and B.B. King. Clapton recalled seeing Guy perform in London’s Marquee Club in 1965, impressing him with his technique, his looks and his charismatic showmanship. He remembered seeing Guy pick the guitar with his teeth and play it over his head—two tricks that later influenced Jimi Hendrix. Guy’s acceptance speech was concise: "If you don’t think you have the blues, just keep living." 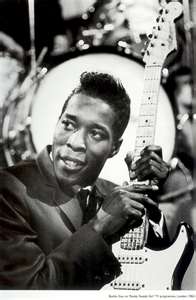 ROCK ON BUDDY GUY!!!
THE USE OF ANY COPYRIGHTED MATERIAL IS USED UNDER THE GUIDELINES OF "FAIR USE" IN TITLE 17 & 107 OF THE UNITED STATES CODE. SUCH MATERIAL REMAINS THE COPYRIGHT OF THE ORIGINAL HOLDER AND IS USED HERE FOR THE PURPOSES OF EDUCATION, COMPARISON, AND CRITICISM ONLY. NO INFRINGEMENT OF COPYRIGHT IS INTENDED
Posted by Tropical Jon at 10:22 PM