July 18, 1966: Bobby Fuller, who was still riding high on the success of "I Fought The Law", was found dead in his car in Hollywood. The incident is ruled a suicide but evidence suggests foul play, as his clothes and lungs contained gasoline. Fuller was just 22 years old… 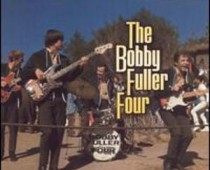 Just as “I Fought the Law” became a Top 10 hit, Bobby Fuller was found dead in his car parked near his


The police said was a suicide,
but too many questions remain unanswered:
Why did Fuller have
multiple wounds over his body
—Police discovered blood and
abrasions on the body, and skeptics
point to that discovery as proof
that the death was neither an accident
nor a suicide—And his body that was also saturated with gasoline!?!

That being the case, why did


And why did police later
change the cause of death to
“accidental asphyxiation . . .”
citing no evidence of foul play?

Friends and family dispute
the police report, and the
theories on the death are
as varied as the individuals
expressing them - including
the theory that Fuller was
murdered by an organized
crime figure who became
jealous because his girlfriend
was attracted to the rock 'n' roller…
At the time of his death,
Fuller had been keeping
company with a young woman
named "Melody," whose ex-boyfriend
was a jealous club owner
reported to be tied to the local crime syndicate...

After Fuller's death,
she disappeared and has only
recently surfaced to deny
complicity in Bobby's death…

Other mysterious circumstances
took place in the days just after the discovery of Fuller's body,
Dalton Powell
(Bobby Fuller Four drummer)
had been confronted by
"three real mean-looking dudes"
who had come to the apartment
he shared with Reese
(Bobby Fuller Four guitarist),
telling Powell they would return…

Randy Fuller later speculated, "I just think he got in a bad situation that night, met the wrong dude and couldn't get out of it. I'm 99.9 percent sure that it wasn't an accident or a suicide…Bobby would never have taken his own life," Randy said, "He would never have done that to my mother"

Bobby was my brother-in-law for 3 years and I know in my heart he did not commit suicide. He was so talented and had so much to give to the music world. I remember times when we would be watching TV, he would go into the den and sit at the piano and write a song in 30 minutes. It came to him so naturally. He didn't drink much and hated drugs. The world lost a gifted man on July 18, 1966-- Mary Ann Childress Gillispie

A private investigator, hired by Fuller's parents and Bob Keane (of De-Phi Records), quit the case after a few days when he was shot at by a would-be assassin. The questions have remained unanswered…


Perhaps the subtitle of his greatest song says it all: 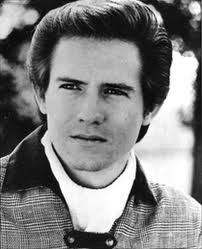